Transit City 5 Condos will be launching April 2019 – it will rise up beside Transit City One, Two and Three and will offer residents access to an exclusive master-planned community. A 9-acre park, retail offerings, and European inspired piazza await at Transit City Condos. With TTC subway access just steps away, highways and YRT service at the front door, Transit City Condos 4 promises to be the most connected phase of Transit City yet!

Transit City 5  is located right beside Vaughan Metropolitan Centre subway station, allowing you to take the subway or many different regional bus routes. Highways 7, 400, and 407 are nearby, making it extremely easy to commute to school, work, or play. With the highest standards of design, quality and integrity, CentreCourt Developments will exceed your expectations with your new home. Since they are focused on developing near major transit and employment opportunities, it also makes for a great investment opportunity. 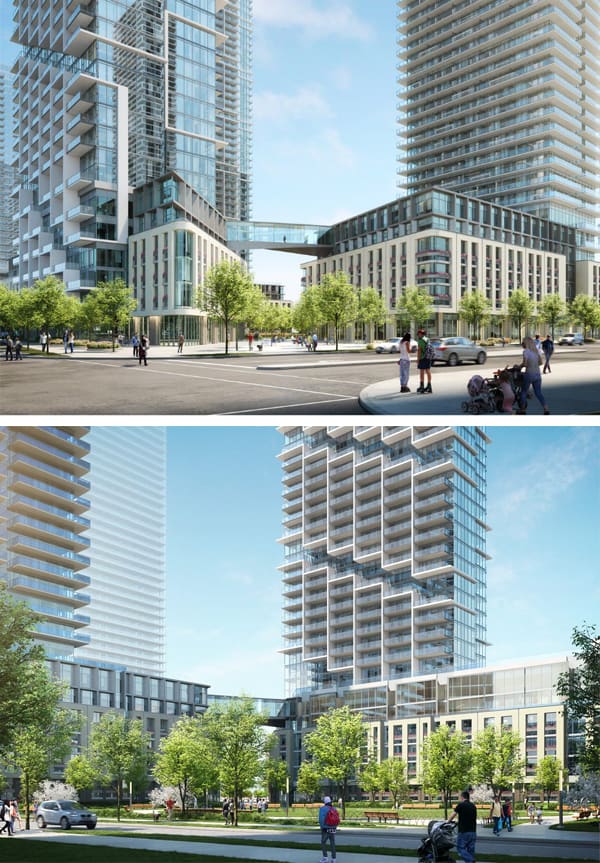 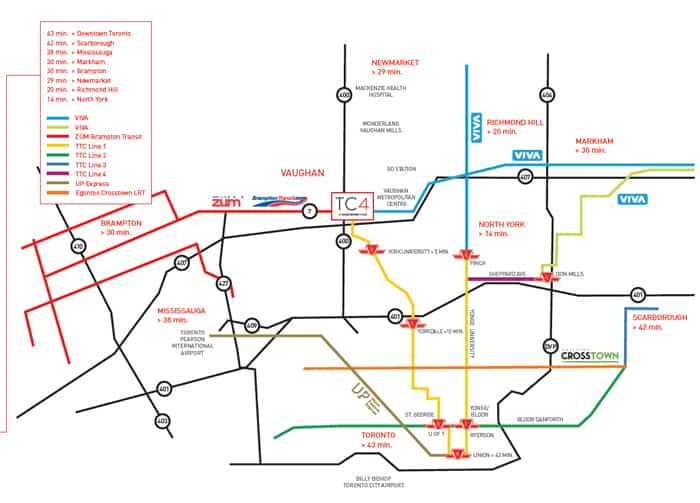 Transit City is surrounded by 1.5 million square feet of modern office space, 750,000 of new commercial and retail space and offers 12,000 new jobs in the surrounding area, making Transit City an incredible location to invest or live in.

In your building, you can find a games room complete with a golf and sports simulator screen to practice your swing, a party room for birthdays and celebrations, and an extensive outdoor amenity space designed by Claude Cormier just outside your front door. You’ll also be given a membership to the brand new, state-of-the-art YMCA, which is only a few steps away; helping you stick to your fitness routine in 100,000 sq. ft of space*. This flagship location also includes childcare and aquatic facilities.

Next door, you’ll have access to the 20,000 sq. ft. multi-level library; giving you a chance to pick up some good reads for your daily commute. With access to both the YMCA and library, you’ll have countless ways to honour your mind and body at Transit City. 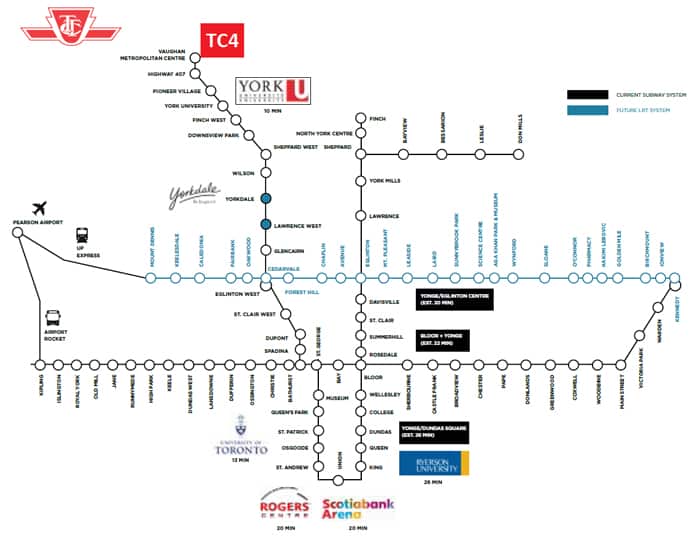 Right in the heart of Vaughan, connected by Highway 7 and Highway 400 – Transit will be central to all your needs. 179 hectares of development is planned for that area with 1.5 million sqft. of business office space, 750,000 stft. of retail. There is a lot of growth planned with over 12,000 residential units expected to be built the future is bright for Vaughan.

Vaughan Metropolitan Centre is the city’s new downtown zone. It is a vision of a modern, birght and upscale centre for residents and commercials spaces that will unite under one community. With a mix of multi-use offices, residences, green space, commercial, retail, walking and biking paths. It all unites to make a future friendly city hub.

CentreCourt Developments is committed to the acquisition and development of real estate projects within the Greater Toronto Area and to do so with the highest standards of design, integrity and commitment to excellence. The CentreCourt team has a long-term track record of partnering with major institutional partners across North America and doing so while placing great importance on fiduciary obligations, respect, accountability and professional conduct. 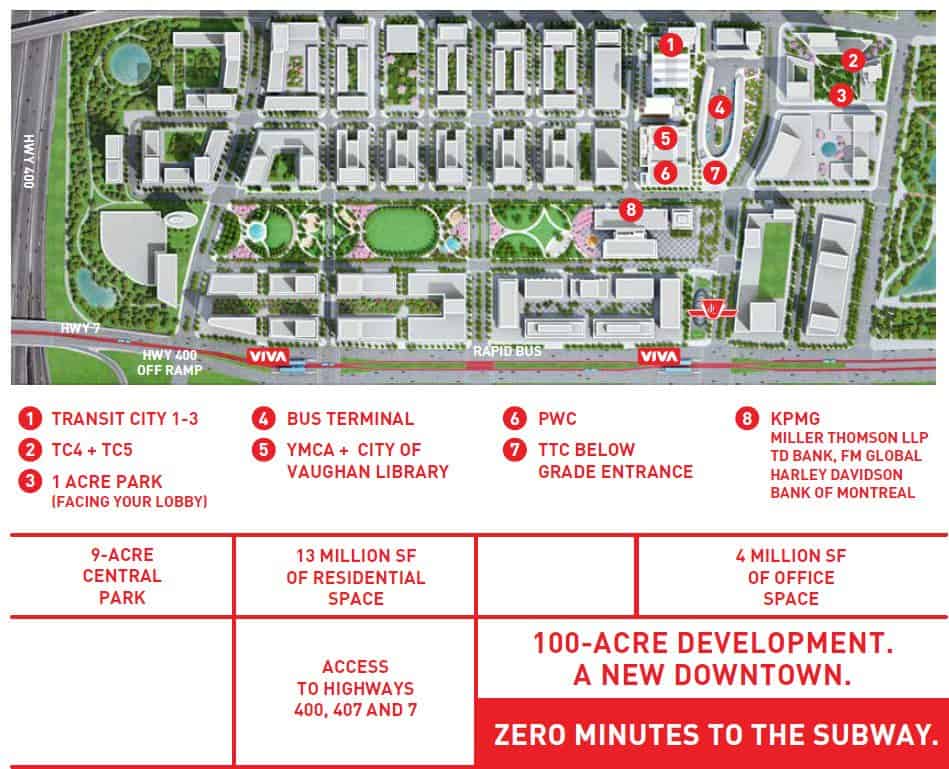