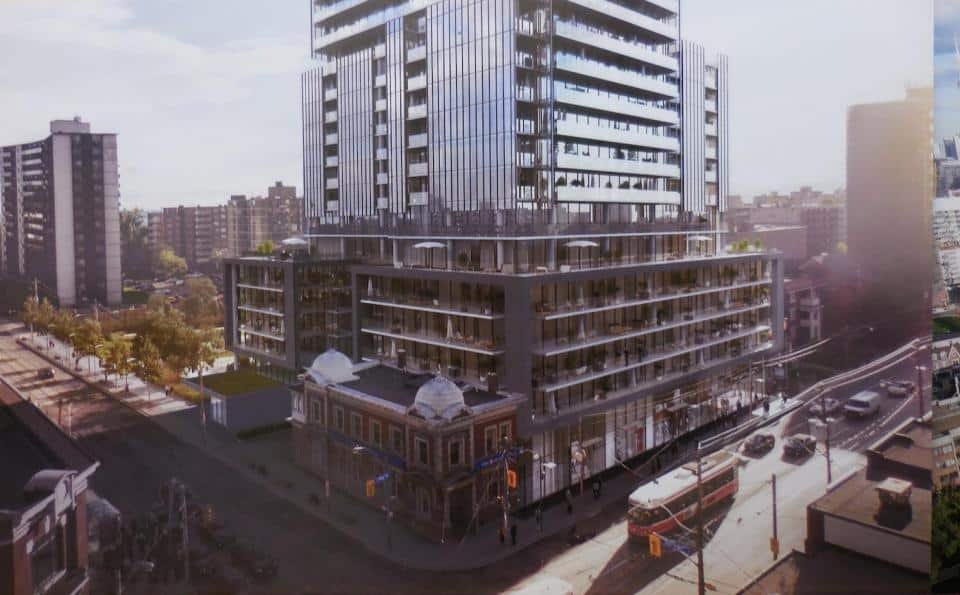 Get exclusive first access to XO Condos by registering for FREE!

Lifetime Development has arrived to 1182 King Street. XO Condos is a dual tower projects. Each of the two buildings will be located on different sides of King Street West.

The northeast corner of King and Dufferin will have a 440 unit tower. Of which there will be a mix of one bedroom, two bedroom and three plus room suites.  The towers will be a mixed facility. Retail will be street facing on King West. There will be ample parking within the property – over 250 spaces. Cyclist will not be forgotten, they will have close to 400 spots. Located on the north side, the location of the condo tower will be where the legendary Island Foods is currently operating.

On the other side of the street, currently where the McDonalds is located on 1121 King St. West – will be a 19 floor building. Prospective tenants will have over 300 units to choose from – There will be a full mix of units, from one bedroom suites, two bedroom and three bedroom units. Retail will also be street facing on King West.

King & Dufferin Condos will be in the neighborhood where the rapidly growing Liberty Village community transitions in Parkdale. . The historic building occupying the southwest corner at King and Dufferin—currently a BMO Bank branch—is not included in the proposal, and would remain untouched.

Centrally located to the hub of Toronto’s most eclectic neighborhoods – Feeling for a calming Sunday with Cherry Blossoms in High Park? A European flair in Roncesvalles Village? Fashion & Arts in the West Queen West – a street named the trendiest in the world. 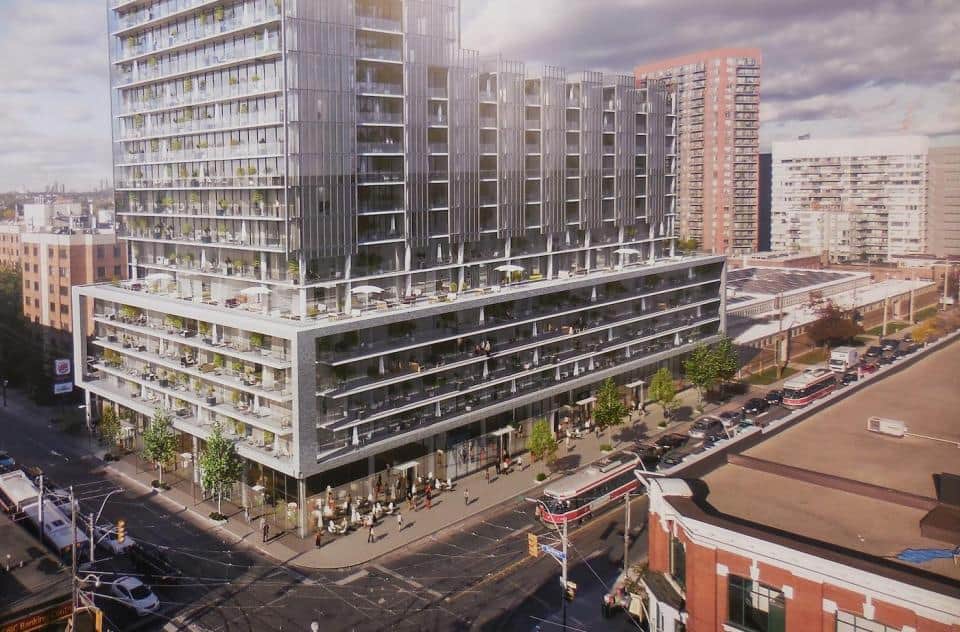 Transit Options
Steps from the Dufferin bus and the 24-hour King Streetcar stop, this address has a perfect Walk Score of 100/100! Residents of XO Condos will enjoy living next to Toronto’s world-class transportation. Motorists will love being just a few minutes’ drive to the Gardiner Expressway