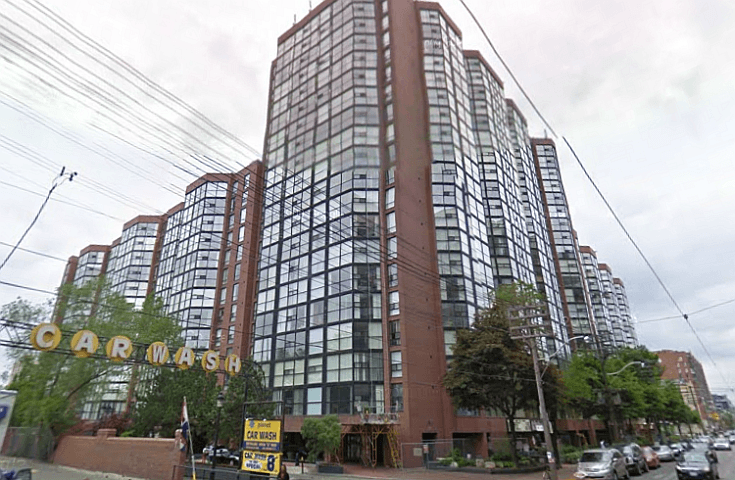 Get exclusive first access to The Summit Condos – 701 King Street West by registering for FREE!

The Summit Condos which are located in the complex at 701 King Street West in Toronto’s King West Village in Downtown Toronto consists of a total 178 total condominium suites in a thirteen floor building built and completed in 1992. There are many different types of units including one bedroom, one bedroom plus den, two types of two bedroom suites as well as two types of two bedroom plus den. The condo suites range in size from just over seven hundred square feet and p to just under twelve hundred square feet. The finishings in the suites was originally a combination of parquet floors and carpeting but many suites have been upgraded with laminate floors as well as renovated bathrooms & kitchens. The complex has many different amenities in it including a 24 hour security guard and a security system, a gym, and indoor pool as well as an outdoor pool, sauna, recreation room, party room and tennis courts. The maintenance fees cost approximately sixty (60) cents per square foot and cover the water charges, building insurance, common elements and parking. The owners and tenants on their own must pay for their own heating, electricity, central air conditioning, telephone, internet, cable television as well as insurance on their contents.

We have researched and listed the condominium suites and condo units that have sold in The Summit Condos at 701 King Street West in Toronto’s King West Village neighbourhood. If you are interested in the final price of any of these condos or condominiums please contact me by clicking here