The Fifth at Charisma

It’s your time, come home to The Fifth 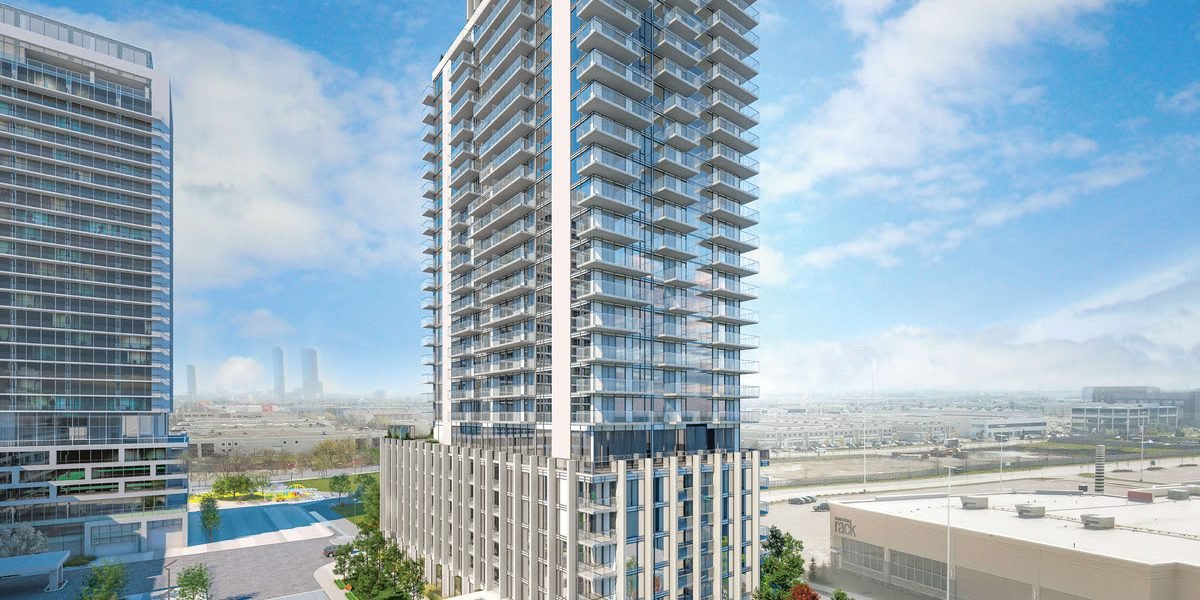 Get exclusive first access to The Fifth at Charisma by registering for FREE!

The Fifth at Charisma by The Greenpark Group

Welcome to the fifth and final tower joining the Charisma Master-Planned Community located at Jane St & Rutherford Rd in Vaughan! The final installment of the community is built to evoke Old New York, with interior design to match. With an art deco-inspired look, luxe accents, and masculine colours like navy, marble and brass, the Fifth at Charisma is the trendiest new condo to come to one of the fastest growing parts of the Greater Toronto Area.

The Fifth at Charisma is the newest addition to Greenpark’s high-rise record of excellence. Distinct angles and refined architectural details place this building at the forefront of modern luxury. Impeccably crafted and set within the backdrop of lush new greenery, The Fifth is a tower that refuses to be ignored. 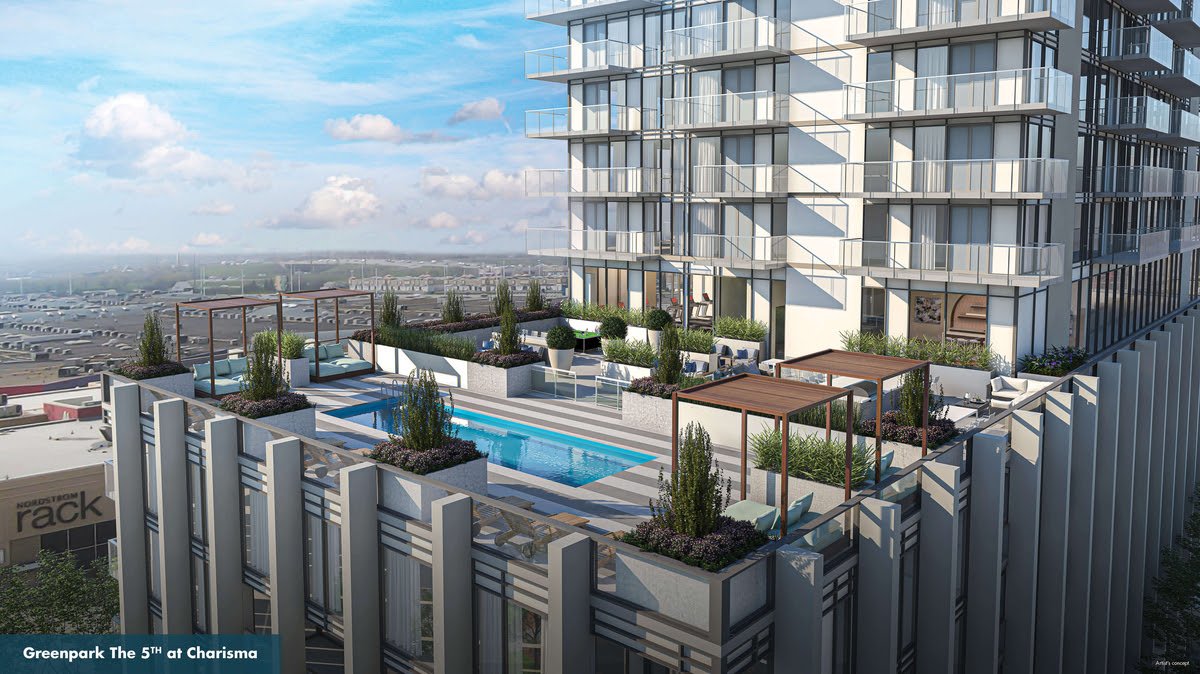 The Fifth at Charisma Features

The Fifth at Charisma also features an impressive range of private on-site amenities like our yoga and fitness studios, a basketball and squash court, kids zone, office pods, pet grooming, an outdoor pool, several terraces and a games room.

Every suite and common area at The Fifth is designed with the utmost attention to detail by one of the country’s leading builders. It’s a community you’ll be happy to come home to.

The tastes, sounds and scenes of this city’s playgrounds are at your doorstep. 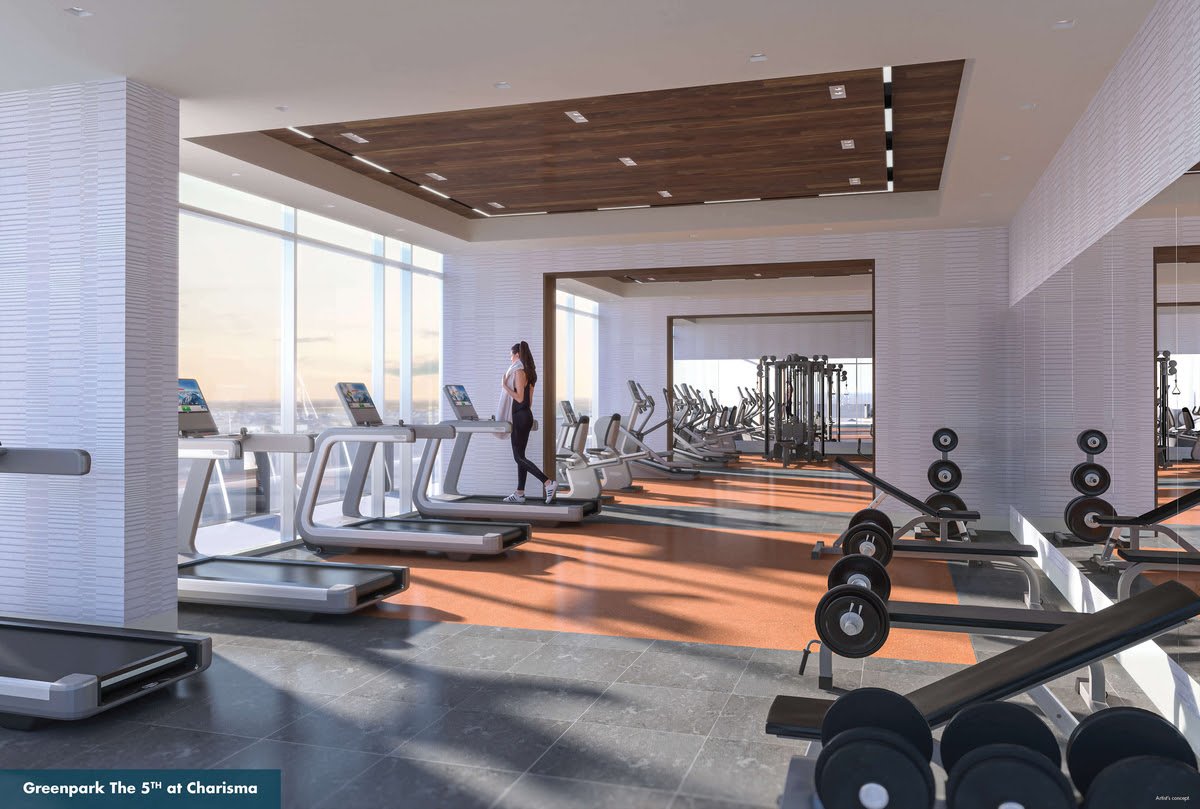 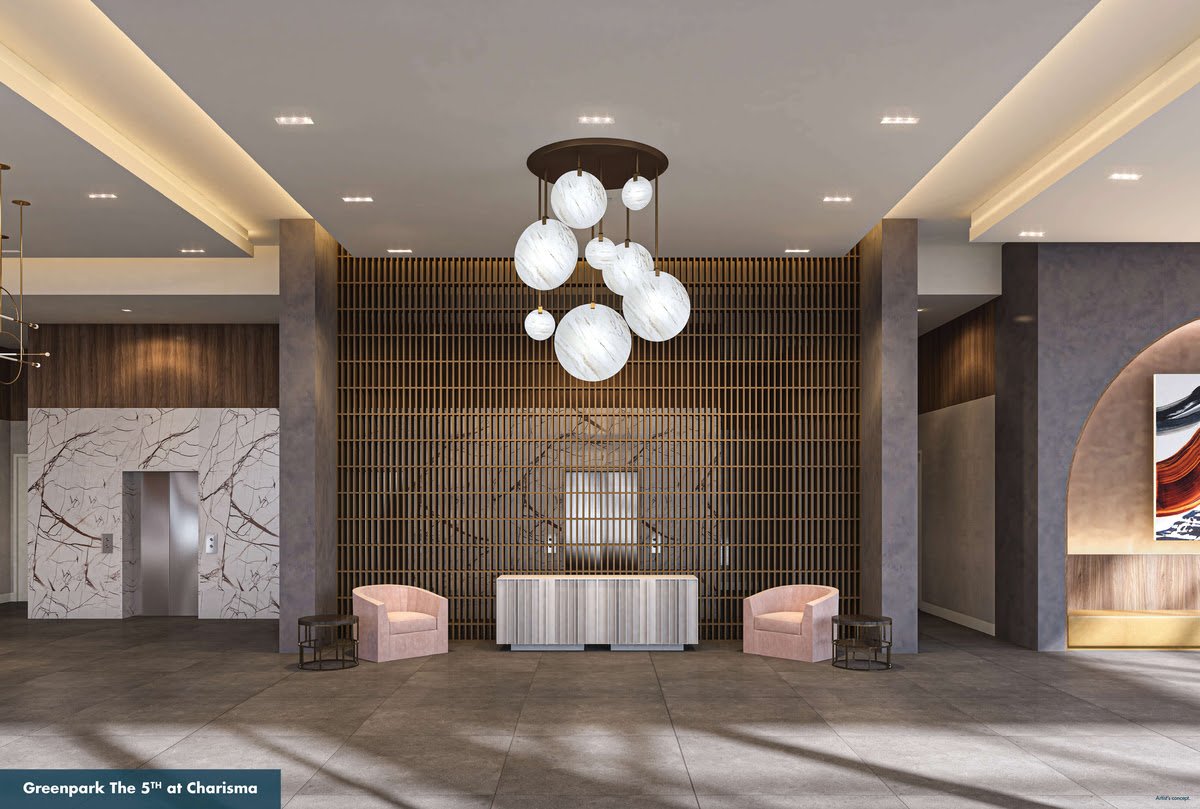 Here at The Fifth at Charisma, residents will find themselves within walking distance from Vaughan Mills all while being moments from Highway 400, Rutherford GO Station, Vaughan Metropolitan Centre (VMC), York University and so much more!

Conquer your morning commute with absolute ease being just 3 minutes from Highway 400, seamlessly connecting you to Highway 407 & 401 in just minutes.

Residents will also be 7 minutes from the Vaughan Metropolitan Centre (VMC) where they will have access to the Subway Transit as well as multiple Viva Rapid Transit Routes.

Conveniently located just a 5 minute drive from the Rutherford GO Station where you will have access to both GO Train & GO Bus services — you can arrive at Union Station in just 30 minutes!

Only 8 minutes from Canada’s second largest university, York University, which is home to 53,000 students and 7,000 faculty. 6,200 of York’s student population are international students, coming to Canada from 178 countries around the world!

Steps from all of your everyday shopping needs! Here at The Fifth at Charisma, you will be less than a 10 minute walk from Vaughan Mills which features over 200 stores and services for you to enjoy. In the surrounding area of Vaughan Mills, you will find an incredible assortment of restaurants and retailers all within walking distance from your front door.

The Fifth at Charisma Amenities 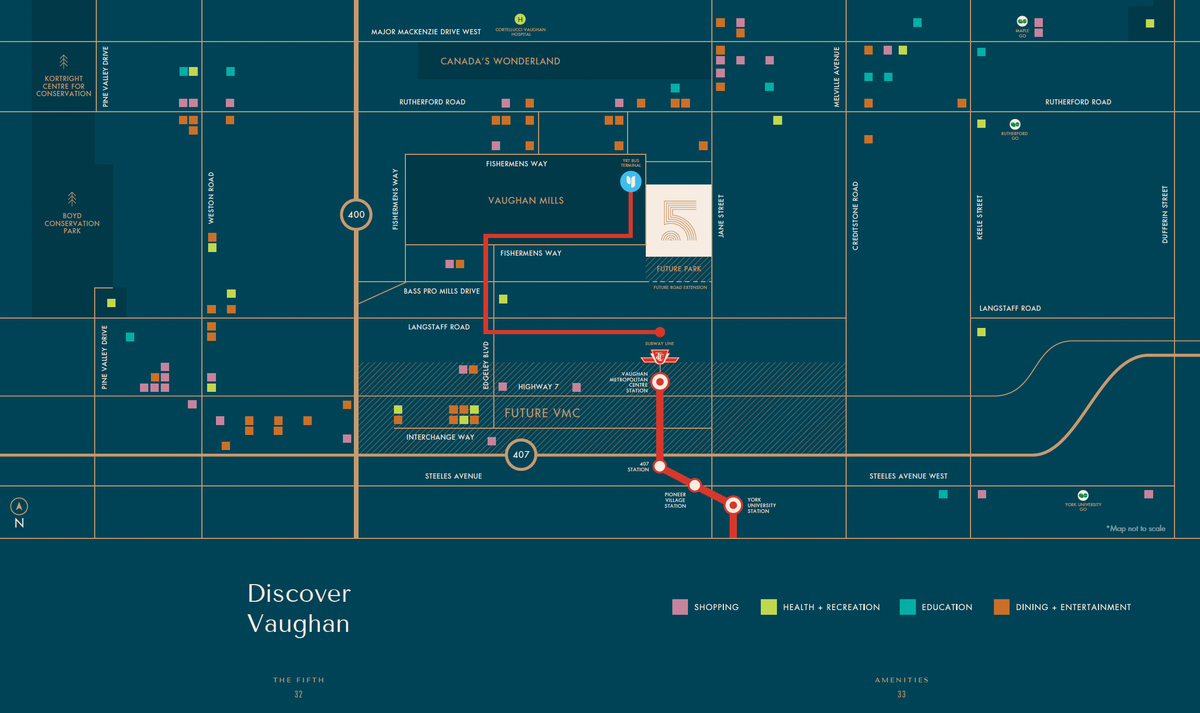