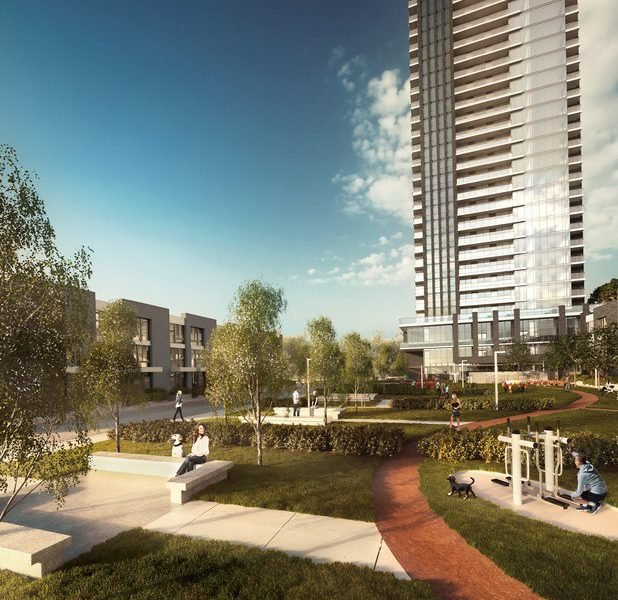 The Sonic Condos at 1185 Eglinton Avenue East in Toronto will be two condo buildings with a total of twenty eight floors and thirty floors. The first condo building will be twenty eight floors in height and a total of three hundred and twenty condo units. The second building will be thirty floors with a total of three hundred and sixteen condo suites. There will also be twenty five condo towns that will be built as part of the complex with all of them being three bedrooms. The estimated completion of the first phase of the Sonic Condos will be in 2020 and will be built by Lindvest Investments which has done many other projects in the city of Toronto. There will also be 25,000 square feet of amenity space in the complex for Sonic Condos.

The Sonic Condos at 1185 Eglinton Avenue East in Toronto will be located just to the east of Don Mills Road on the south side of Eglinton Avenue East. The Sonic Condos at 1185 Eglinton Avenue East in Toronto will be close to all major amenities including public transportation routes, major highways, grocery stores, indoor malls, retail shops, parks and hospitals. The closest public transportation options include the Don Mills T.T.C. bus which can take you north to the Don Mills Subway Station or south to the Pape Subway Station, or you can take the Eglinton West T.T.C. bus west to the Eglinton Subway Station. The closest major highways include the Don Valley Parkway to the east which can take you south to the Gardiner Expressway or north to Highway 401. The grocery stores that service the residents include the Loblaw’s on the north side of the street as well as Metro, Food Basics, and Sobey’s. The closest indoor malls to the owners and tenants include the outdoor mall the Shops At Don Mills to the north as well as Fairview Mall further to the north. The closest parks to the residents include the Sunnybrook Park to the west, as well as Charles Sauriol Conservation Area to the east. The major medical needs of the neighbourhood are serviced by North York General Hospital to the north as well as Scarborough General Hospital to the east.