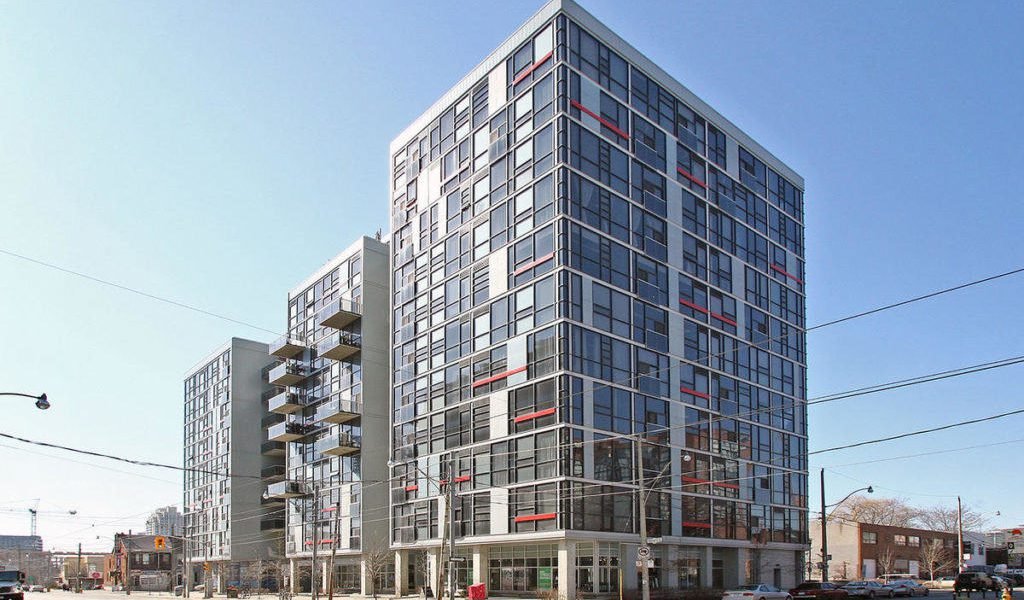 The Sixty Loft Condominiums at 60 Niagara Street in Toronto’s King West neighbourhood is a six floor condominium loft building with a total of thirty condo loft suites and units. The Sixty Loft Condos at 60 Niagara Street in Toronto were built by the Sorbara Development Group and completed in 2008. The types of loft suites available at the property include one bedroom plus den with one full bathroom and a powder room, two bedrooms with two full bathrooms, as well as two bedrooms plus a den with two full bathrooms. The sizes of the units at the Sixty Loft Condominiums range from approximately one thousand one hundred and fifty square feet and up to one thousand and six hundred square feet. The amenities at the building include a security system, visitor parking, being allowed to use barbecues, a rooftop deck and garden area as well as a party room. The maintenance fees at the Sixty Loft Condos at 60 Niagara Street cost approximately forty seven cents per square foot which covers the heating, water, central air conditioning, visitor parking, common elements, and parking charges. The owners and tenants at the property pay for their own electricity, insurance on their contents, home telephone, internet, and home telephone.