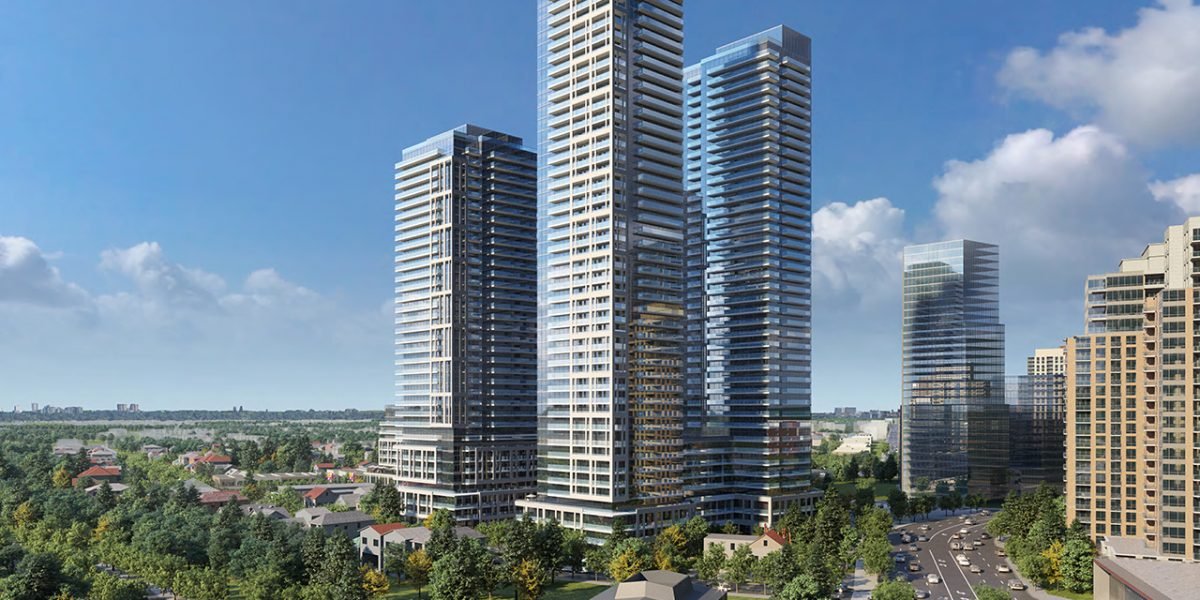 Get exclusive first access to Six Points Plaza Redevelopment by registering for FREE!

The redevelopment would include four mixed-use blocks consisting of high-density and medium-density buildings as well as parkland, on the property that is located on the south side of Bloor Street West, between Jopling Avenue South and Beamish Drive, and north of Dundas Street West. The site is a block and a half west of Kipling Avenue (across which the new Etobicoke Civic Centre is to be built), and a block and a half north of Kipling subway and GO station. 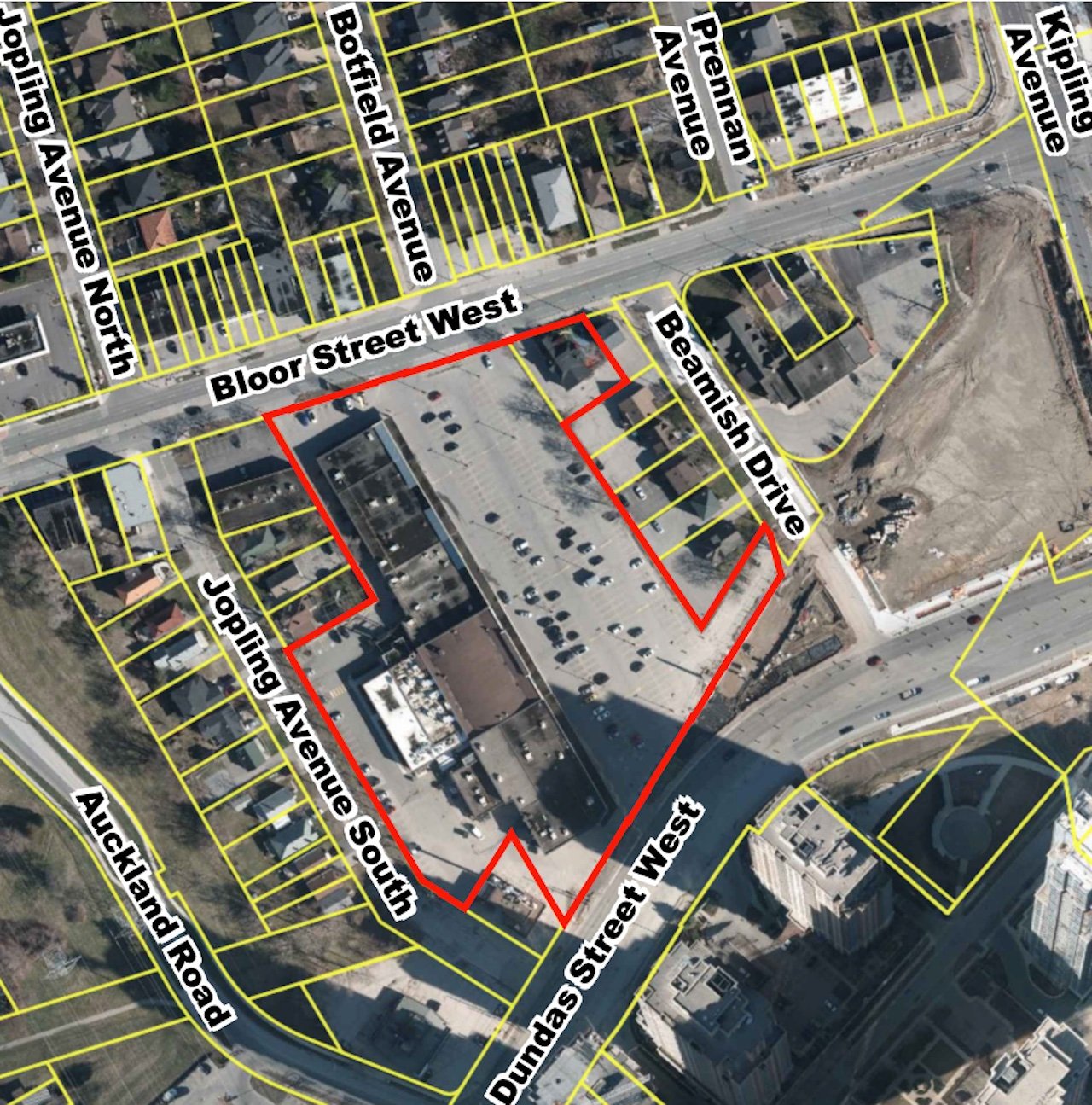 What is proposed for the site are seven towers designed by IBI Group, ranging from 10 to 45 storeys, of mostly residential space. 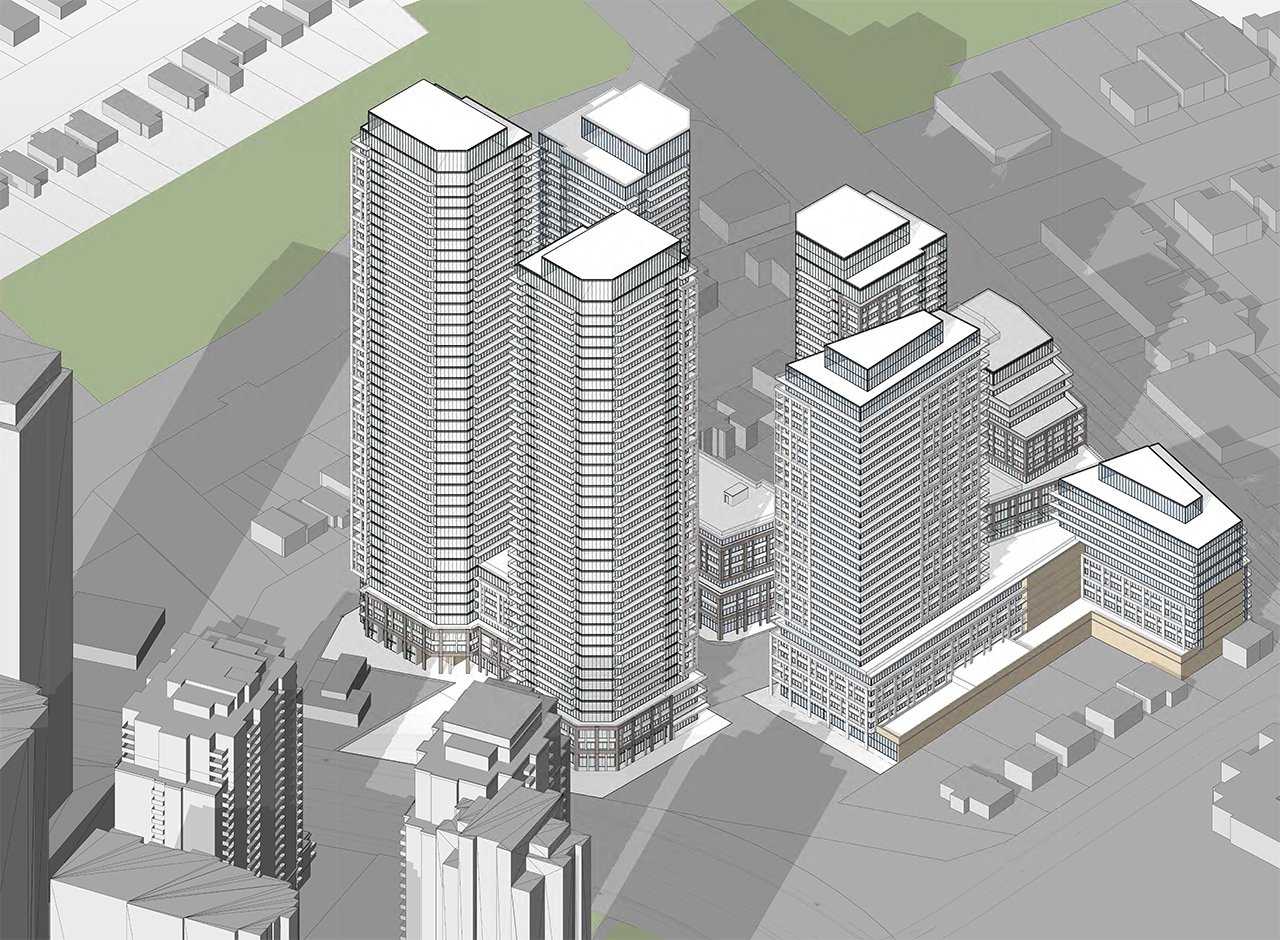 In addition to its towers, the proposed development also includes a public park along the north side of Dundas west of Beamish Drive, south of blocks 1 and 2. The proposed park features promenades to provide connectivity throughout its entirety, integrating with the network of proposed paths and sidewalks within and around the site. 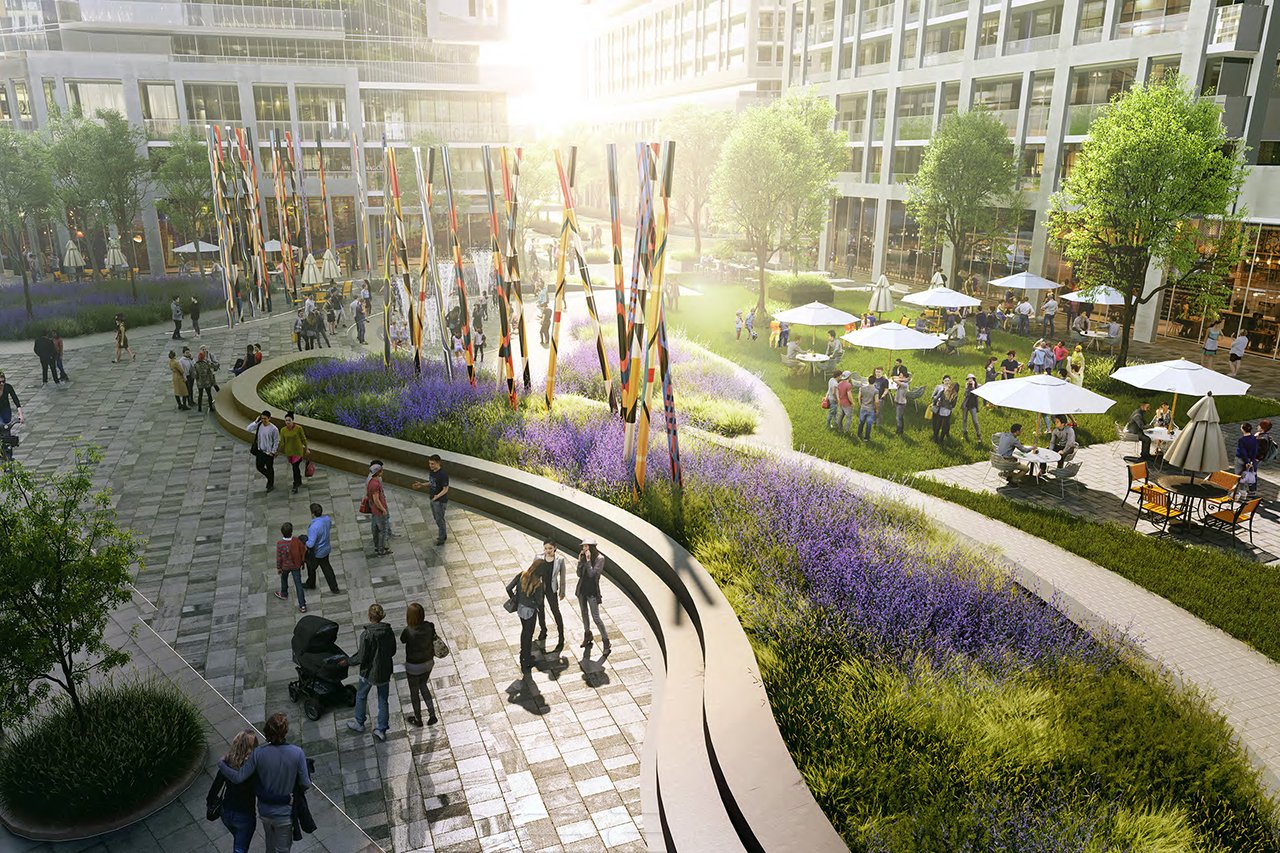 The first phase of Sherway Gardens’ redevelopment will consist of four high-rise buildings ranging in height from 30 t0 45 storeys. The community’s full unit breakdown will be as follows:

A series of new park spaces will be built as part of the project. Further information will be added as soon as it becomes available. 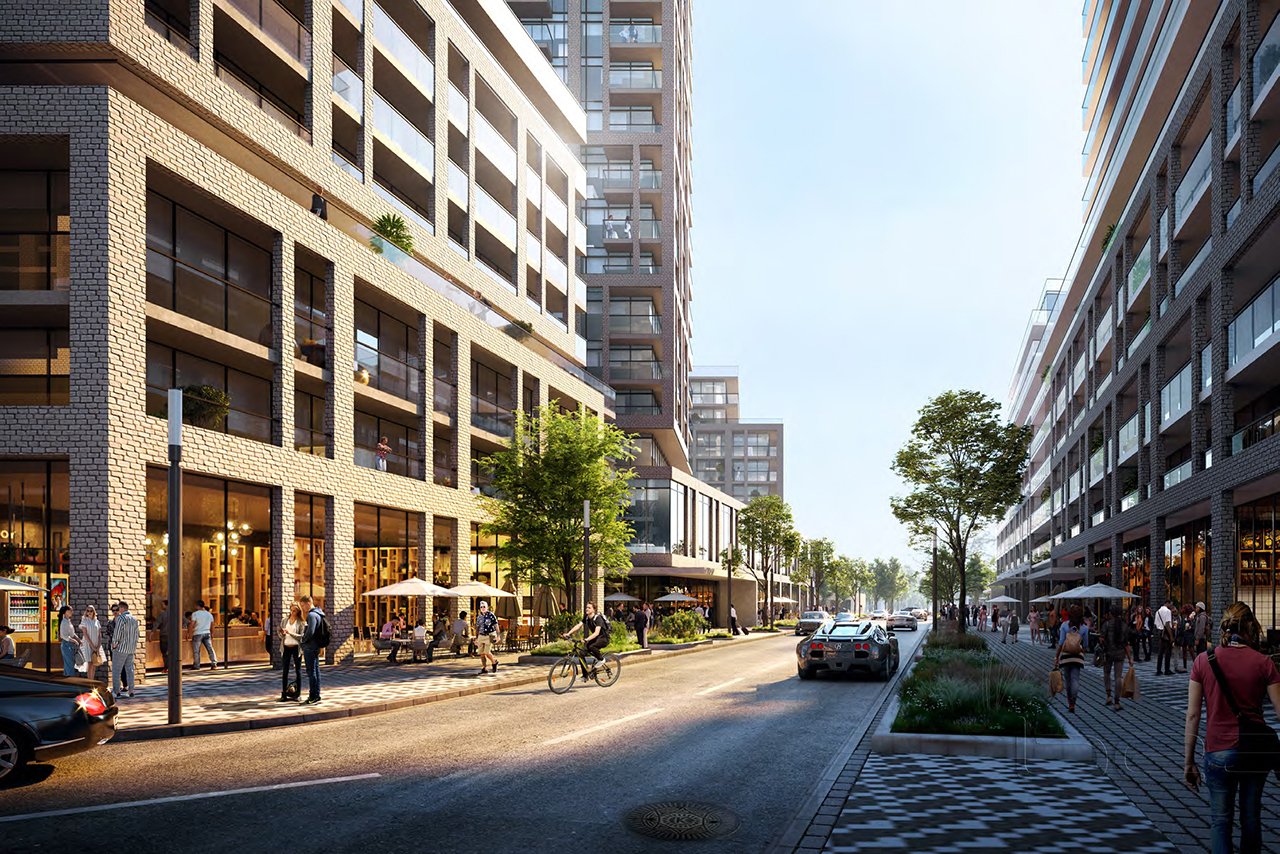 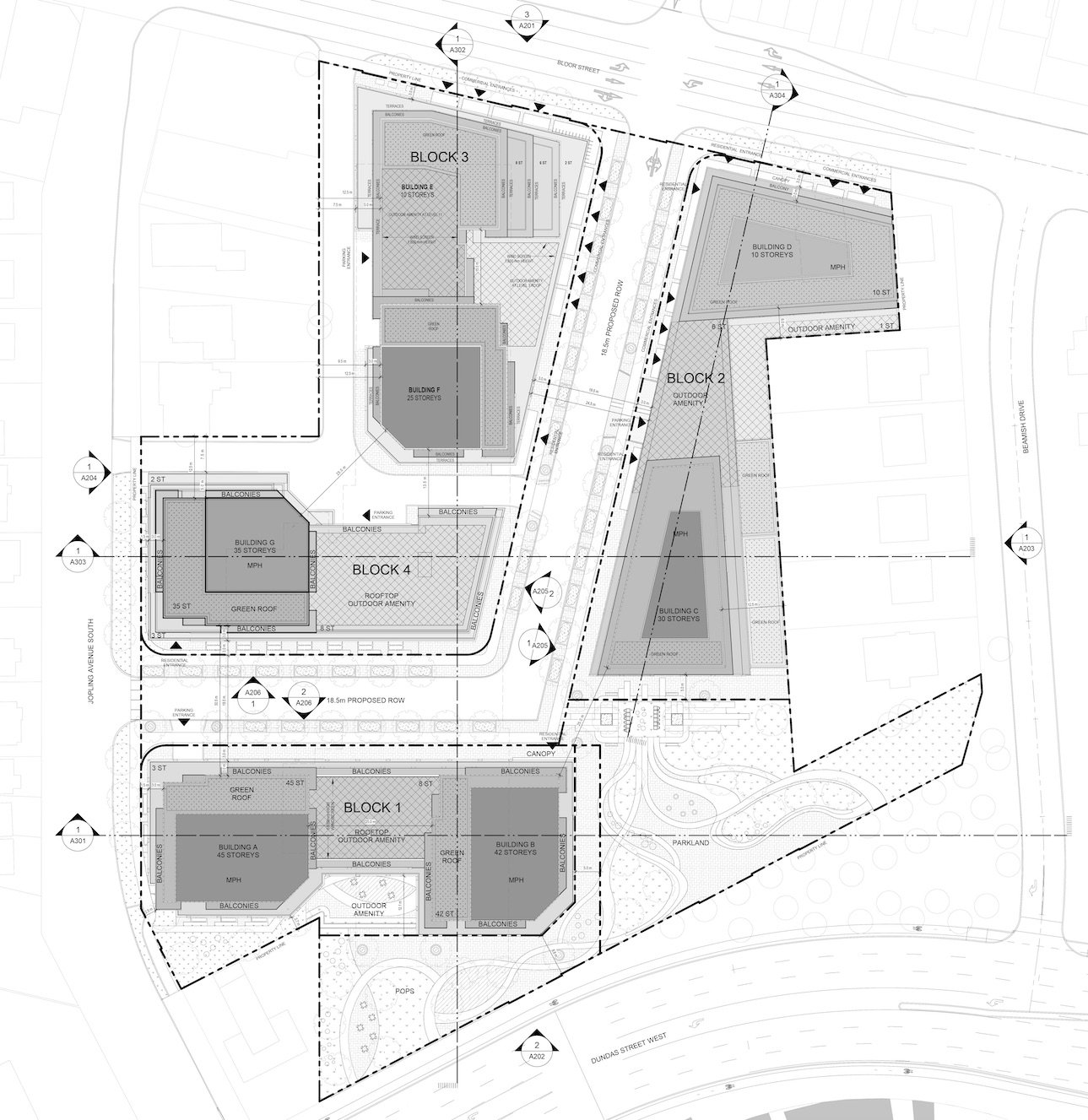