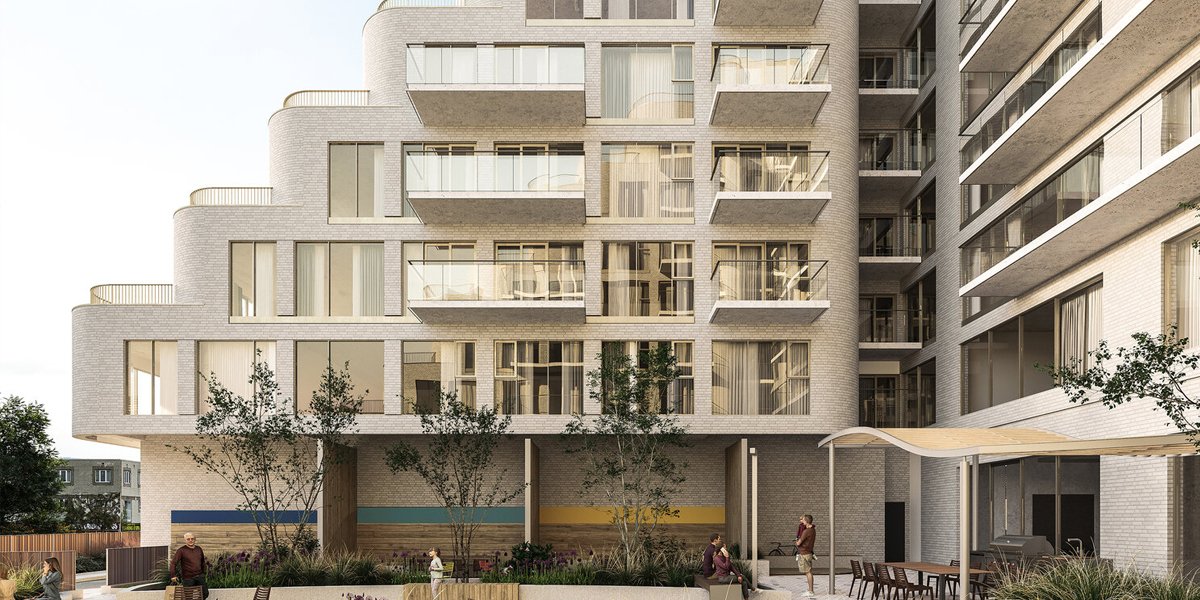 Location
689 The Queensway, Toronto.
Bedrooms
1-2-3
Register Below for VIP Access

Get exclusive first access to Reina Condos by registering for FREE!

Coming Soon to Queensway in Etobicoke.

Reina Condos is a new pre-construction condo development that is coming soon to South Etobicoke, and it will be located at The Queensway and Royal York. There will be approximately 200 units in the mid-rise condo in Etobicoke, and it is being developed by Urban Capital and Spotlight Developments.

This is the first development ever to have an all-female team. The entire team of developers, architects, engineers, interior designers, and everyone else involved will be female, something that has never been done in the Canadian condo development industry.

Designed in a contemporary minimalist style but with a softer, smoother, more feminine feel, Reina is a breath of fresh air that is sure to become a landmark in the community. Its light colouring, meticulously manicured landscaping and rounded, picketed balconies will provide movement, contour and dynamic curb appeal.

With nine storeys and 197 units, Reina will be a perfect addition to the modern transformation of one of Etobicoke’s more family-friendly urban neighbourhoods. 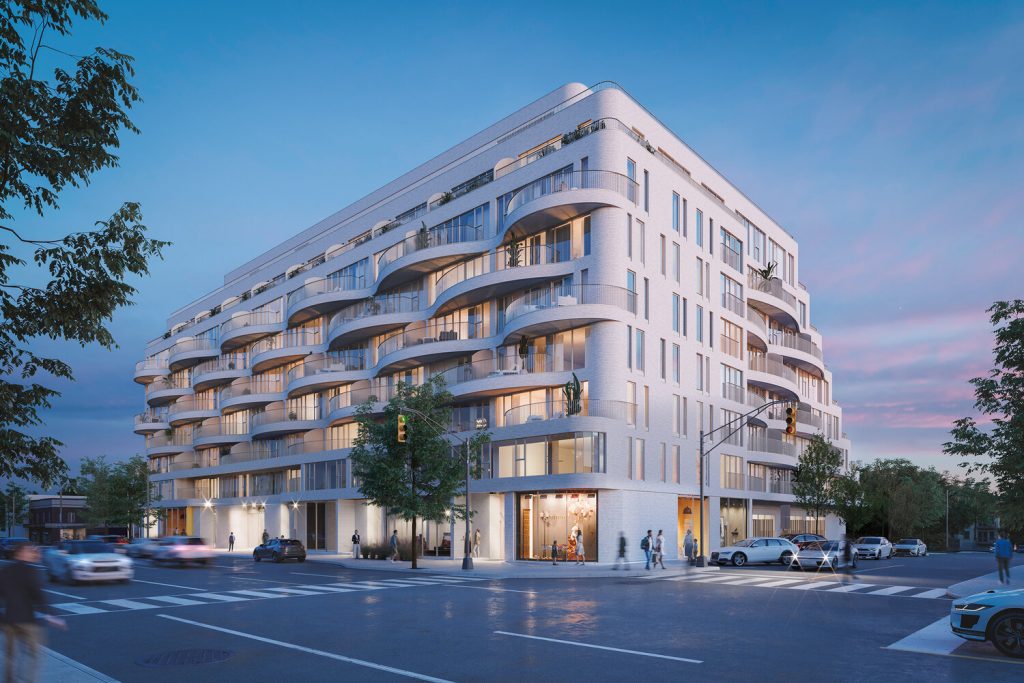 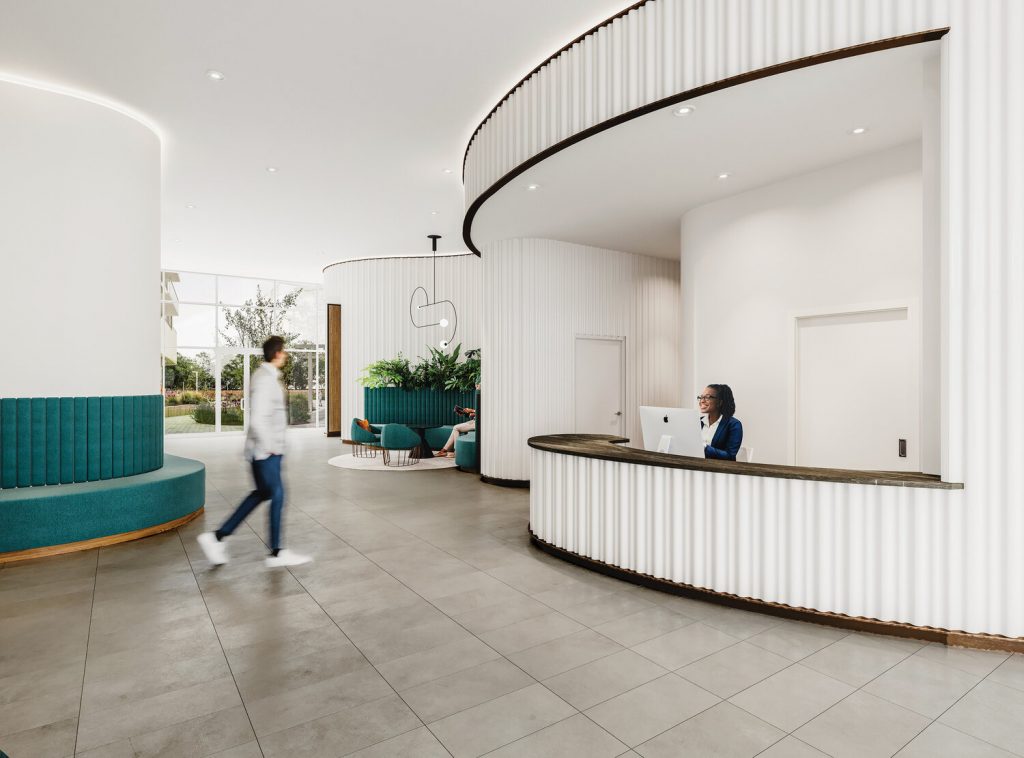 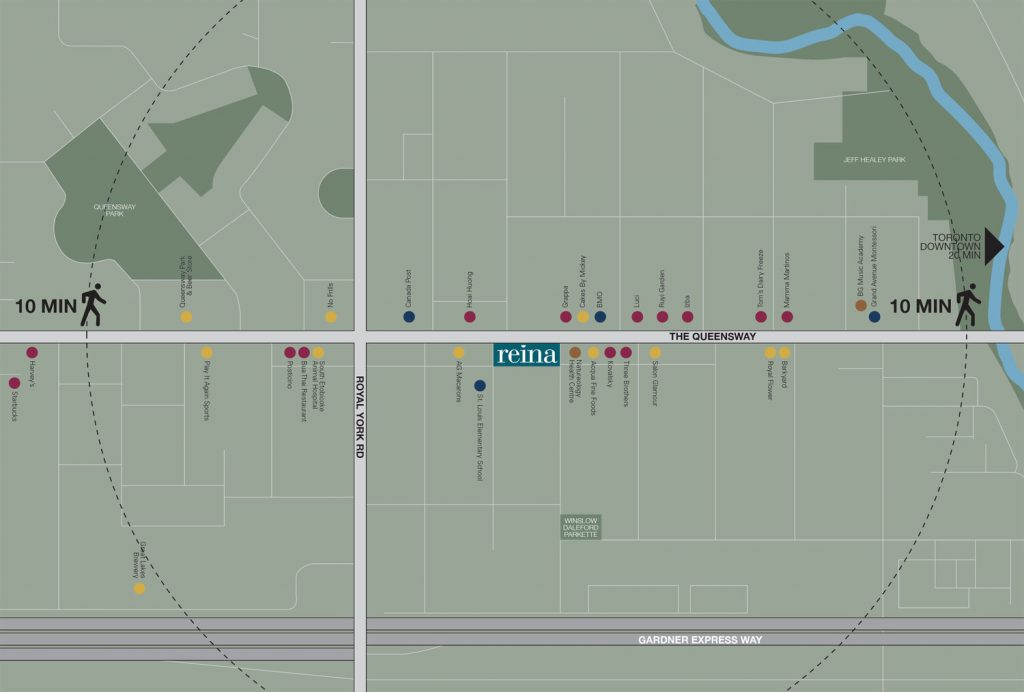 Reina’s close to everywhere you need to go, in every mode of transportation: a TTC stop steps away from the building, the Gardiner Expressway and the 427 mere kilometres away, and the GO train at Mimico station. Getting to an airport is easy-peasy, only 20 minutes to Pearson and 15 minutes to Billy Bishop. 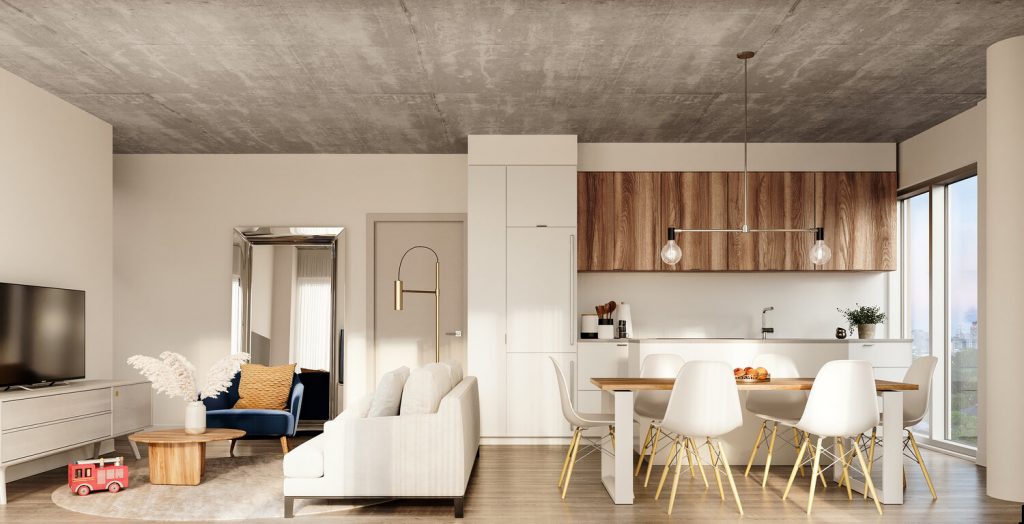