Live Life on Q, at the Creative Corner of 20 Queen and Goudies Lane 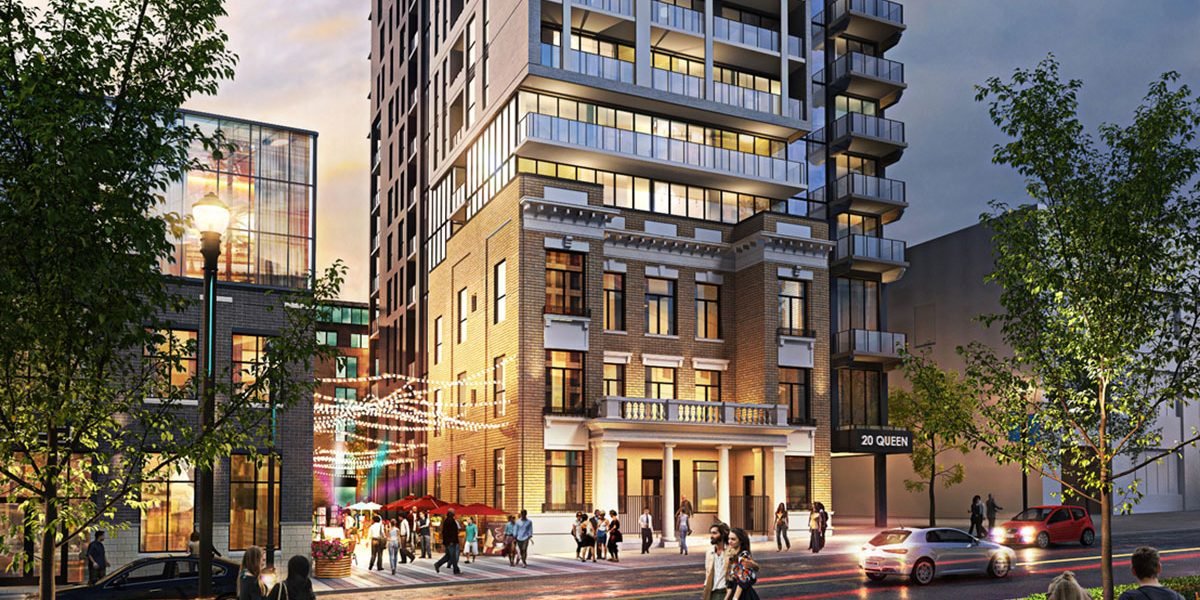 Get exclusive first access to Q Condos by registering for FREE!

Coming Soon to Kitchener, ON

Introducing Q Condos on Queen. A gorgeous new addition coming soon to Downtown Kitchener. Live a life of creativity on Q!  Rising 34-storeys above the original 1917 Beaux-Arts inspired building at 20 Queen, Q Condos is modern and slim in its design, located in the midst of the evolving Arts District. 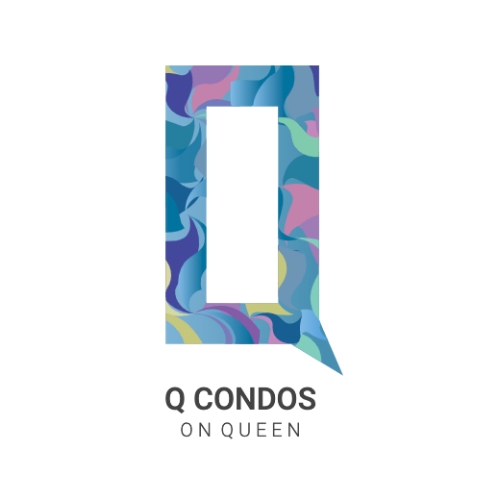 The Condos will provide residents an Artsy living experience, surrounded by a fantastic range of restaurants, boutiques and entertainment venues. The vibe will be electric, with artists showcasing their work, and musicians strumming away. Amongst this, one can get wrapped up in the food, architecture and history.

Q Condos on Queen is being developed by Momentum Developments, who are highly reputable and whose focus is in contributing to the revitalization of Uptown Waterloo and Downtown Kitchener.

Residents will also be just minutes from Highway 8, the Kitchener Train Station, ION LRT and GRT Transit Stops, CF Fairview Park Mall, the region’s Top Post-Secondary Schools, The University of Waterloo, and so much more. 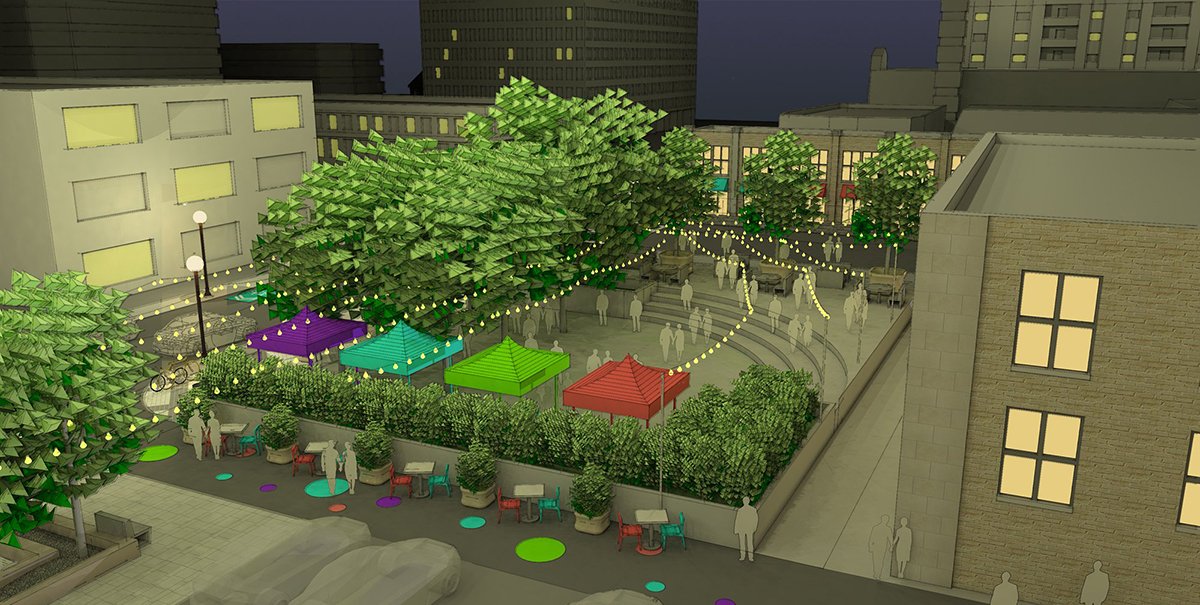 Found in the heart of Downtown Kitchener, residents at Q Condos will have a fantastic assortment of restaurants, boutiques, services, entertainment venues on their doorstep.

Kitchener-Waterloo has earned the reputation of being Canada’s fastest growing tech talent market. It offers a lower cost of living than Toronto, thereby attracting young talent. It has increased its talent pool by nearly 66% in the last five years, creating over 8,000 tech jobs. The growth rate of tech jobs makes it the second fastest in NORTH AMERICA, even overtaking Silicon Valley. Google, Microsoft, Shopify, Blackberry, Desire2Learn, Communitech all call Kitchener home.

Kitchener will have a stop on the newly announced $11 Billion Dollar High Speed Train System (up to 250 km/hr). Kitchener residents can then get to Pearson Airport in 32 minutes and Downtown Toronto in just 48 minutes. Q Condos on Queen will be located just a 3 minute drive, or 12 minute walk, from the proposed stop. Residents can therefore get to Downtown Toronto in less than an hour.

Make your morning commute easy, being just 7 minutes from Highway 8 which seamlessly connects you to Highway 401 in a matter of minutes. Residents will also be a 3 minute drive (or 12 minute walk) from the Kitchener Train Station and only steps away from multiple ION LRT & GRT Bus Stops, resulting in quick and convenient travel city wide. 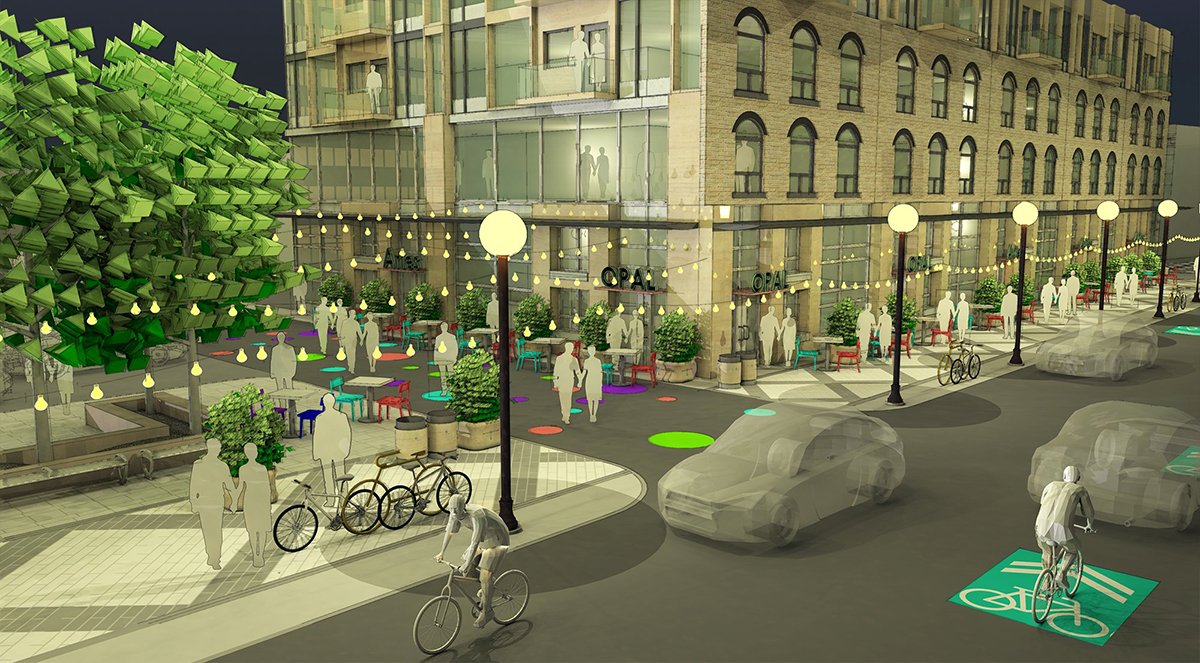 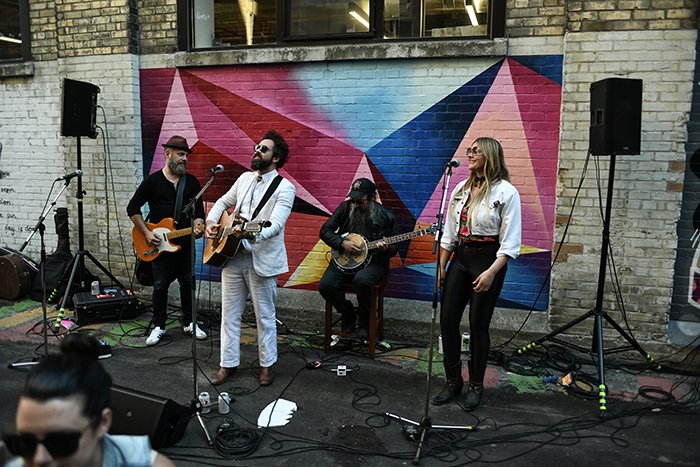 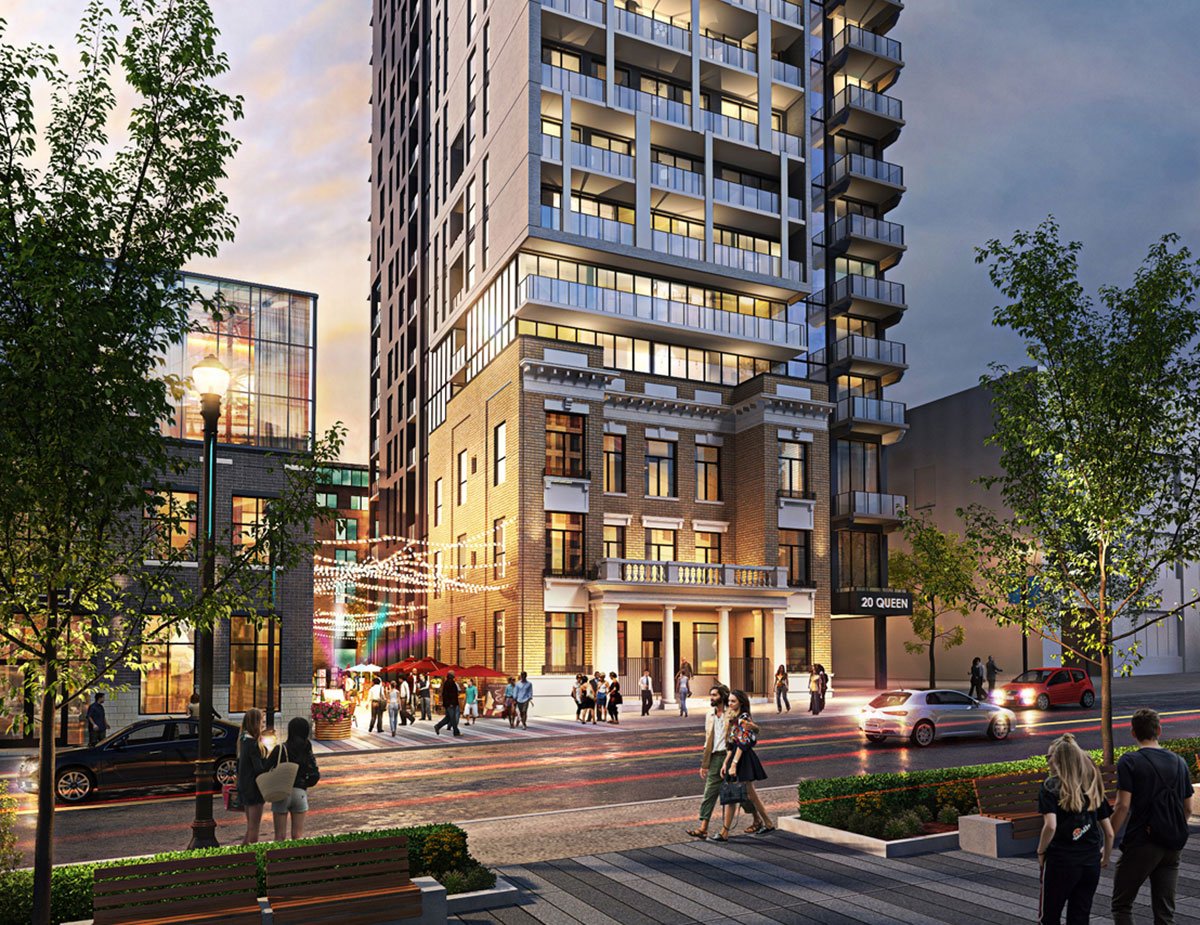