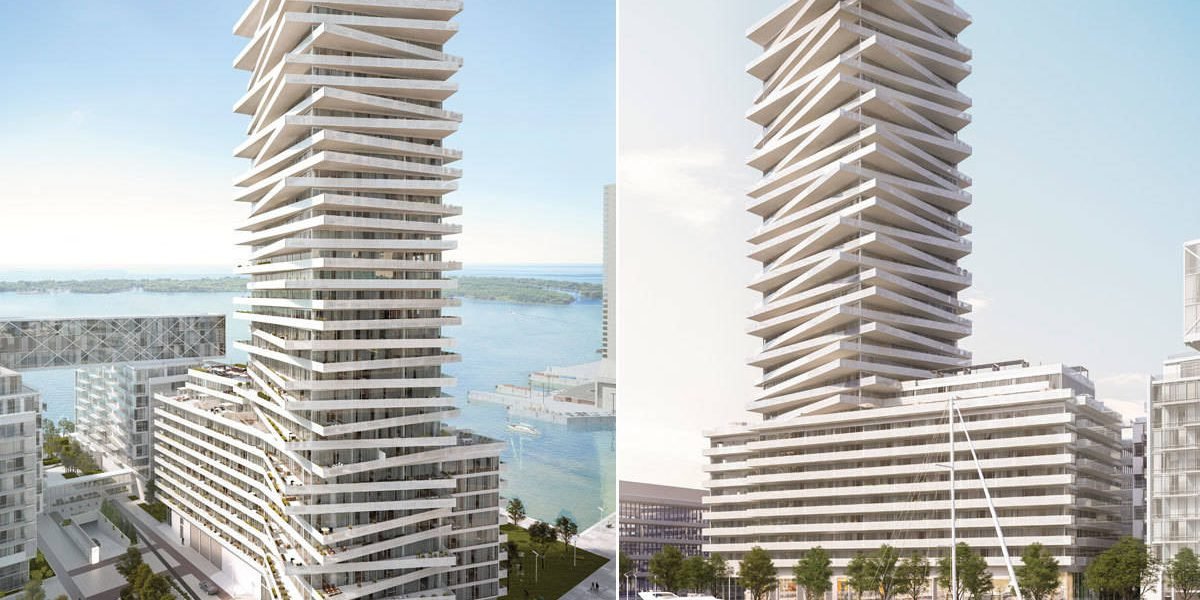 Get exclusive first access to Pier 27 – Queens Quay East by registering for FREE!

The Pier 27 Tower Condos at Queens Quay East in Toronto’s Waterfront neighbourhood will be completed in 2020 with owned underground parking.  The types of condo suites available include one bedroom with one full bathroom, one bedroom plus den with one full bathroom, one bedroom plus den with two bathrooms, two bedrooms with one full bathroom, as well as two bedrooms with two full bathrooms.  The sizes of the condo units range from approximately four hundred and eighty square feet and up to nine hundred and forty square feet.  The amenities at the Pier 27 Tower Condos include 8 hours of concierge service, a security guard, security system, live in superintendent, party room and exercise room.  The maintenance fees cost approximately fifty three cents per square foot which covers the common elements, building insurance and parking charges.  The owners and tenants pay for their own central air conditioning, heating, water, electricity, home telephone, internet, cable television, as well as insurance on their own belongings and upgrades to their suites and units.

The Pier 27 Tower Condos at Queens Quay East in Toronto’s Waterfront neighbourhood is located just east of Yonge Street and just south of the Gardiner Expressway.  The Pier 27 Tower Condos by Queens Quay East in Toronto’s Waterfront neighbourhood is close to all major amenities including hospitals, parks, public transportation routes, major highways, grocery stores, retail shops, and indoor malls as well as being near the Entertainment District and Financial District.  The closest major hospitals to the residents include Toronto’s St Micheal’s Hospital to the north on Yonge Street, as well as St Joseph’s Hospital to the west along Lakeshore Boulevard.  The closest parks to the residents include Harbour Square Park to the west as well as Corktown Common to the east.  The public transportation routes available include Union Subway Station to the north along Yonge Street where you can also take the GO Trains and VIA Rail Trains.  The closest major highways include the Gardiner Expressway to the north which can take you east to the Don Valley Parkway and west to Highway 427 and the Queen Elizabeth Parkway.  The grocery stores nearest to the building include Loblaw’s and Longo’s as well as many other independent grocers.  The closest indoor malls to the residents include Toronto’s Eaton Centre to the north on Yonge Street.  Click on the map to view the full walkscore on the Pier 27 Tower Condos on Queens Quay East in Toronto’s Waterfront area for more information on the area including restaurants, cafes, bars, shops and stores.

I have researched and put together a list of the Public Schools and Catholic Schools associated with the Pier 27 Tower Condos, as well as having listed the closest Montessori Schools and Private Schools to the condo suites and condo units.  Click the school name for the school website, click the boundary link for the school boundaries and click the ranking for the Fraser Institute School Ranking and EQAO Scores.