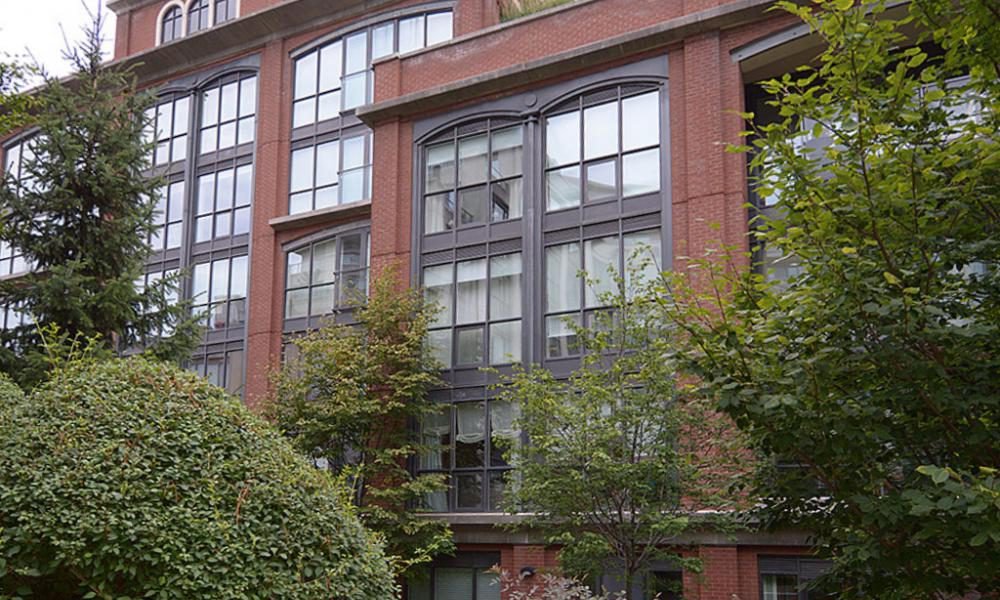 Get exclusive first access to Phoebe on Queen Condos – 11 Soho Street by registering for FREE!

The Phoebe on Queen West condos located at 11 Soho Street in Toronto’s Queen West neighbourhood is a ten floor building with a total of thirty nine units in this building which is combined with the condominium building at 18 Beverley Street and the townhomes of 25 Soho Street. The condominium suites were built by Diamante Developments and completed in 2003. The types of units in the building include one bedroom and one bedroom plus den with one full bathroom and two bedroom and two bedroom plus den suites with two full bahtrooms. The sizes of the suites range from just under one thousand square feet to almost two thousand square feet with some having large outside terraces. The maintenance fees cost approximately seventy cents per square foot are heating, water, building insurance, parking and common elements. The owners and tenants are responsible for their own electricity, cooling, internet, cable television, home phone and contents insurance. The amenities in the condominium building include a car wash station, 24 hour security and security system, exercise room, party room, guest suite and visitor parking spaces underground.

The neighbourhood around the Phoebe On Queen West Condos at 18 Beverley Street in Toronto’s Queen West neighbourhood is located just on the North side of Queen Street West just East of Spadina Avenue in Toronto’s Entertainment District and a short walk to the Financial District.  The neighbourhood has great access to public transportation routes, shopping and grocery stores, as well as parks nearby.  The transportation routes available are centred around the T.T.C. Queen West streetcar which can take you East to the Osgoode subway station, which can get you to the Go Train or the VIA Rail train.  There are many parks nearby with Grange Park to the North, Alexandra Park to the West and Trinity Bellwoods Park further to the West on Queen Street West.  The indoor malls that service the condominiums include the Toronto Eaton Centre to the East best accessed by public transit and Sherway Gardens to the West best accessed by car.  The grocery stores that are near the Loblaw’s, Sobey’s, Longo’s, Kitchen Table, a Hasty Market and many independent and boutique grocery stores with foods from all over the world.  Click on the map to view the walkscore for the Phoebe On Queen West condos at 18 Beverley Street in Toronto’s Queen West.