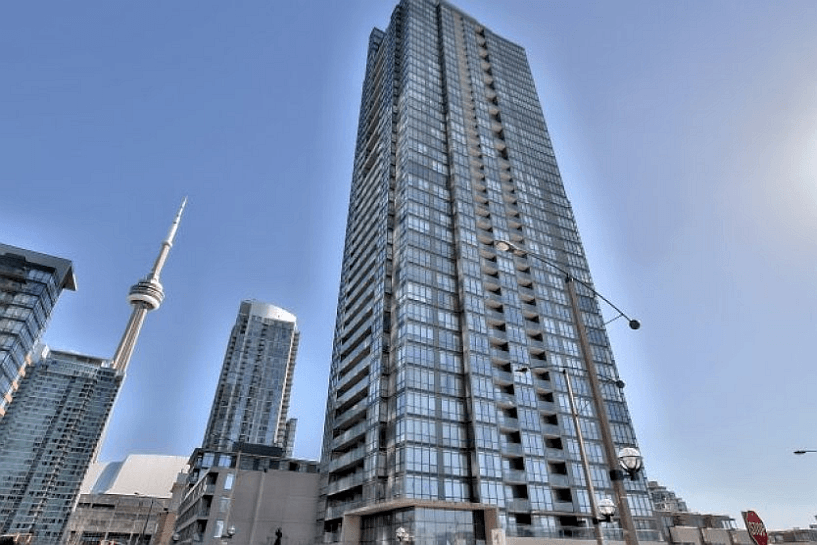 The N1 Condos at 15 Fort York Boulevard in Toronto’s Concord City Place area is a forty two floor condo building with a total of four hundred and twenty nine condo suites and units. The N1 Condos at 15 Fort York Boulevard was developed and built by the Concord Adex Group with construction completed in 2008 and having owned underground parking. The types of units available include one bedroom with one full bathroom, one bedroom plus den with one full bathroom, two bedrooms with two full bathrooms and two bedrooms plus a den with two full bathrooms, as well as penthouse units with three bedrooms with two full bathrooms and a powder room. The sizes of the standard suites range from approximately four hundred and eighty square feet and up to just over one thousand square feet with the penthouses being as large as two thousand square feet. The maintenance fees cost approximately sixty one cents per square foot which cover the heating, central air conditioning, water, common elements, building insurance and parking charges. The owners pay for their own electricity, internet, cable television, home telephone, as well as insurance on the unit and their own belongings. The amenities at the building include an exercise room, games room, multimedia room, party room, security system and security guard, visitor parking, indoor pool with hot tub and steam room, pet grooming area, garden area and community barbecue.