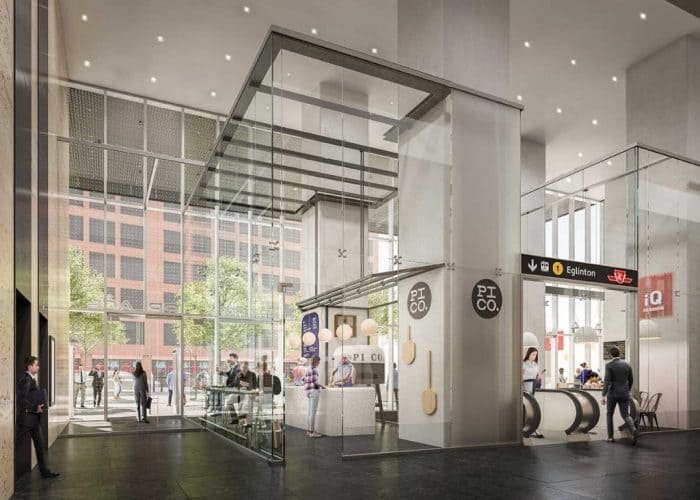 Get exclusive first access to E2 Condos by registering for FREE!

E2 Condos in the Heart of Toronto at Yonge & Eglinton

E2 Condos at Yonge and Eglinton is a new condo development by Capital Developments & Metropia. Designed by TACT Architecture Inc, E2 Condos is located at 41 Roehampton Avenue, Toronto. The development is scheduled to launch in October 2017. E2 Condos will be 48 Storeys with 617 units. E2 is phase two of highly successful E Condos tower development located at the North East corner of Yonge and Eglinton with an address of 8 Eglinton Ave East. E Condos Phase 2 will be have a suite mix of Studios, One bedrooms, One bedrooms plus den, Two bedrooms and Two bedrooms plus den units.

E2 Condos is in the heart of Yonge & Eglinton. The neighbourhood, now known as Yonge & Eg, is loaded with lots of dining, boutique shopping, casual clubbing and first-rate recreational options. The location boasts many theatres and clubs all waiting to amuse you. Eglinton Park is a large and wonderful place to spend an afternoon. The condos are close to great eateries in the Mount Pleasant area and within a short distance of the historical Casa Loma. E2 condos is without a doubt a superb option for anyone looking for a great place to call home or an amazing investment opportunity.

Situated to the west of Yonge-Eglinton is a highly coveted neighbourhood and is home to a commercial centre that rivals that of downtown Toronto.

Yonge Street is lined with great restaurants and the ongoing development at the Yonge Eglinton Centre promises to make the area even better. It is actually a “city-within-a-city’’, offering everything that anyone would expect from a modern vibrant community.

This area continues to draw young professionals due to its numerous shops, entertainment spots, restaurants, bars plus available transit options. For those who live at Yonge & Eg, getting around is hassle-free, with the Yonge-University-Spadina subway and bus lines running east as well as west of Eglinton. Also, the crosstown LRT which is currently being constructed will usher in light rail to the area. Those who are driving will not have to drive far to get to Allan, the 401, as well as the Don Valley Expressway since they are all only a short drive away.

Metropia is a privately owned and highly respected real estate developer creating authentic Communities in both the Greater Toronto Area and Calgary. Metropia focuses on community building, urban renewal and design innovation. Their communities offer a wide range of housing options with an emphasis on affordability and an abiding responsibility to the environment.

With a long list of design-forward iconic developments across Canada, the international beginnings of CD tell the full story. Founded by Todd Cowan and Jordan Dermer after a lengthy development career across Europe. Today CD is building on that history of success. Along with its partners, CD has embarked on a number of exciting new residential and retail projects in Toronto and Montreal.