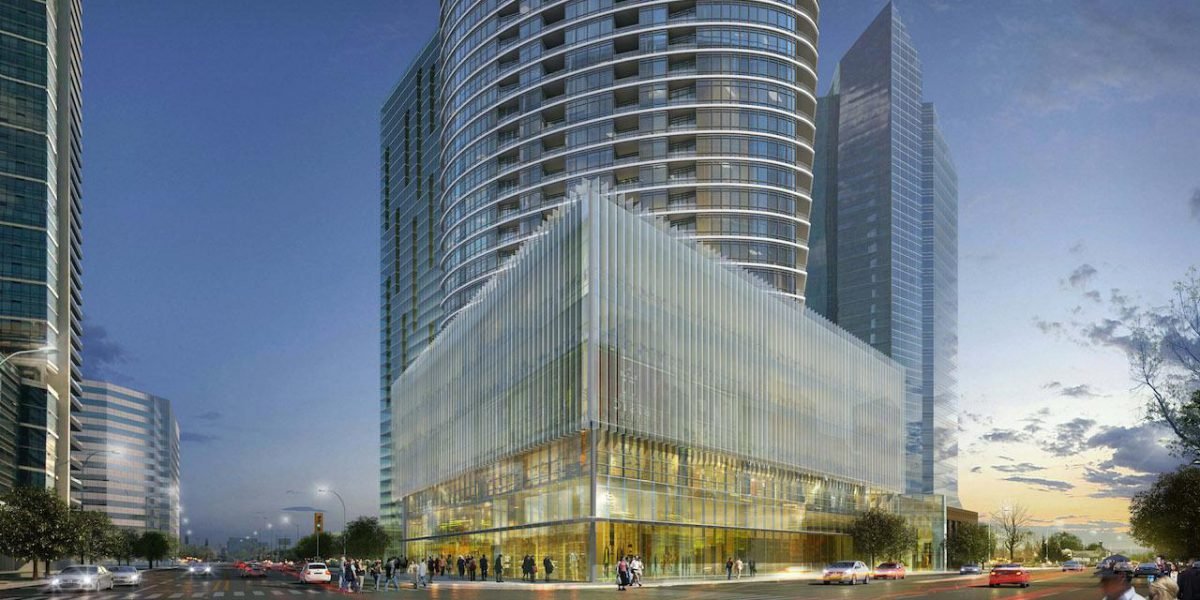 Get exclusive first access to 4800 Yonge Condos – 4800 Yonge Street by registering for FREE!

The 4800 Yonge Condos at 4800 Yonge Street in Toronto is a proposed forty nine floor condo building with a total of five hundred and thirty six condo suites and condo units. The types of units available include one hundred and ninety five one bedroom units, one hundred and ninety three one bedroom plus den suites, fifty two two bedroom units, ninety three two bedroom plus den suites, as well as three three bedroom units. There will be approximately four hundred and eleven underground parking spaces to be divided between owners, the office second of the building, as well as visitor parking for the retail area. The development will be created by Menkes Developments which has created many condo buildings in Toronto.

The 4800 Yonge Condos at 4800 Yonge Street in Toronto will be located at the corner of Yonge Street and Sheppard Avenue East. The 4800 Yonge Condos will be located close to all major amenities including grocery stores, retail shops, indoor malls, public transportation routes, major highways, parks and hospitals. The closest grocery stores include Metro, Whole Foods, Loblaw’s, as well as many other independent grocers. The closest indoor malls are Bayview Village and Fairview Mall to the east, and Yorkdale Mall to the west. The public transportation routes include the Sheppard Subway which heads east, as well as the Yonge Subway line which can take you south into the core of the city of Toronto. The major highways that service the owners include Highway 401 to the south which can take you east to Highway 404/Don Valley Parkway or west to Highway 400 and Highway 427. The closest parks to the building will include Willowdale Park to the north, as well as Glendora Park to the southeast. The major medical needs will be serviced by North York General Hospital to the east as well as the new Humber River Hospital to the west both along Highway 401.