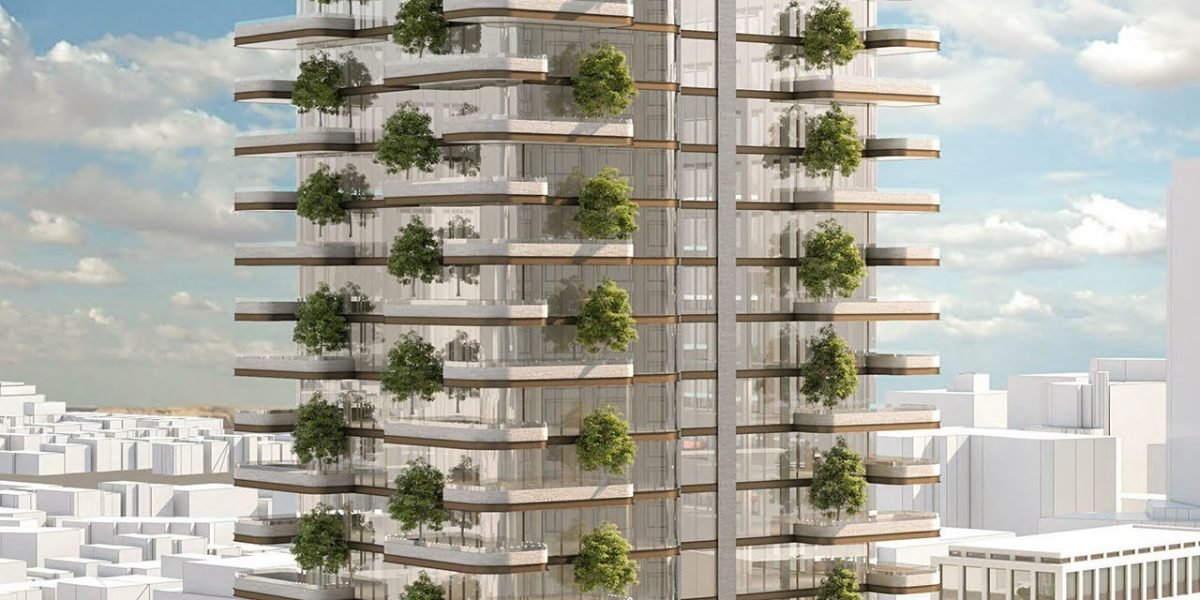 Location
33 Avenue Road, Toronto, ON
Register Below for VIP Access

Get exclusive first access to 33 Avenue Road Condo by registering for FREE!

A Preconstruction Project at the Heart of the City 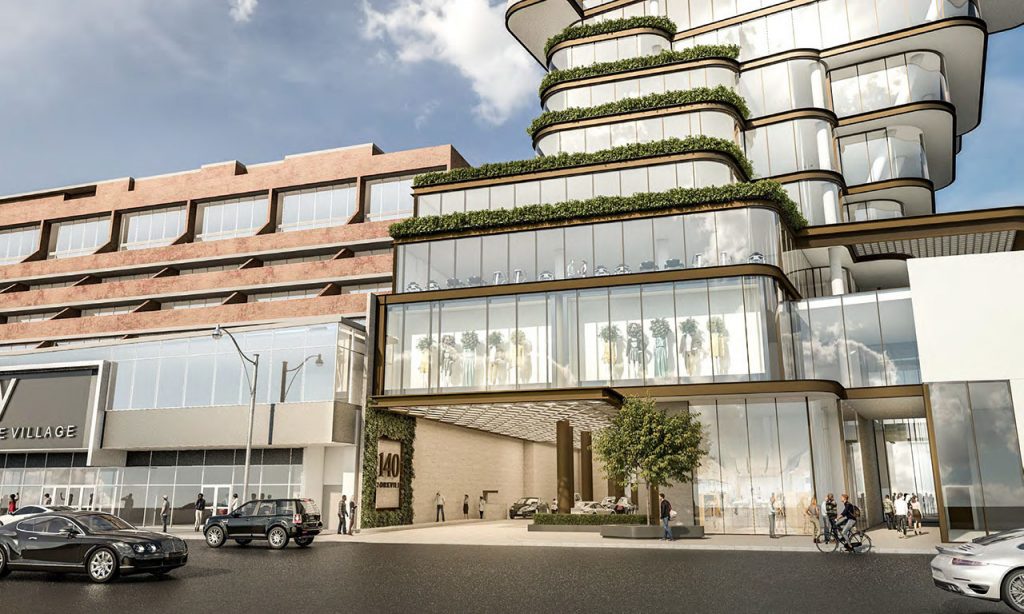 A proposal to redevelop the northeast corner of Avenue Road and Yorkville Avenue first appeared on UrbanToronto’s front page in 2012, and after another change to the project’s team, a new version of the proposal has appeared in a new rezoning application.

Now, in 2020, this project has been resubmitted with a new team led by developers First Capital Realty and Greybrook Realty Partner, and now being designed by Giannone Petricone Associates and BBB Architects. This new design would rise 29 storeys to a height of 125.1 metres—a slight increase from the previous plan—with a total gross floor area of 29,332 m². The existing York Square Victorians on site are absent from the latest plan. The majority of this GFA is planned as residential space, at 24,879 m², or 84% of the total GFA. The remaining 4,454 m² is proposed as retail space housed within the first three floors of the building. 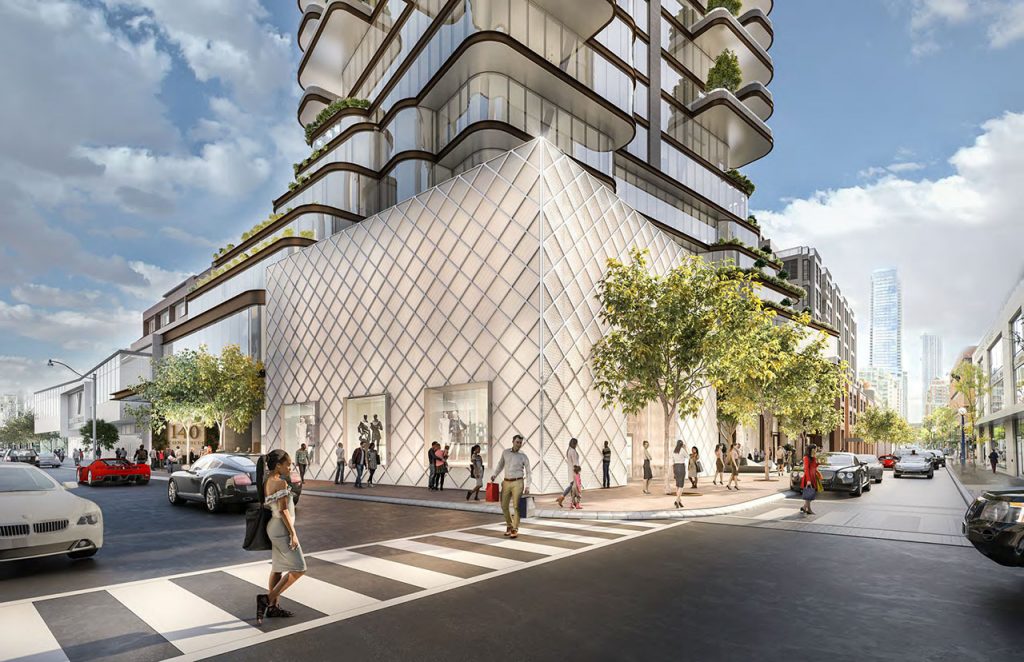 Owing to the luxury nature of the building, no studio nor single-bedroom units are planned among the 78 suites, which otherwise will consist of 66 two-bedrooms (85%) and 12 three-bedrooms (15%). Suites are larger than typical, averaging 2,225 ft² for a 2-bedroom and 3,096 ft² for a 3-bedroom. They are complemented by three-metre-deep balconies that can accommodate the planting of large shade trees—reinforcing the “Vertical Forest” theme established in an earlier design. 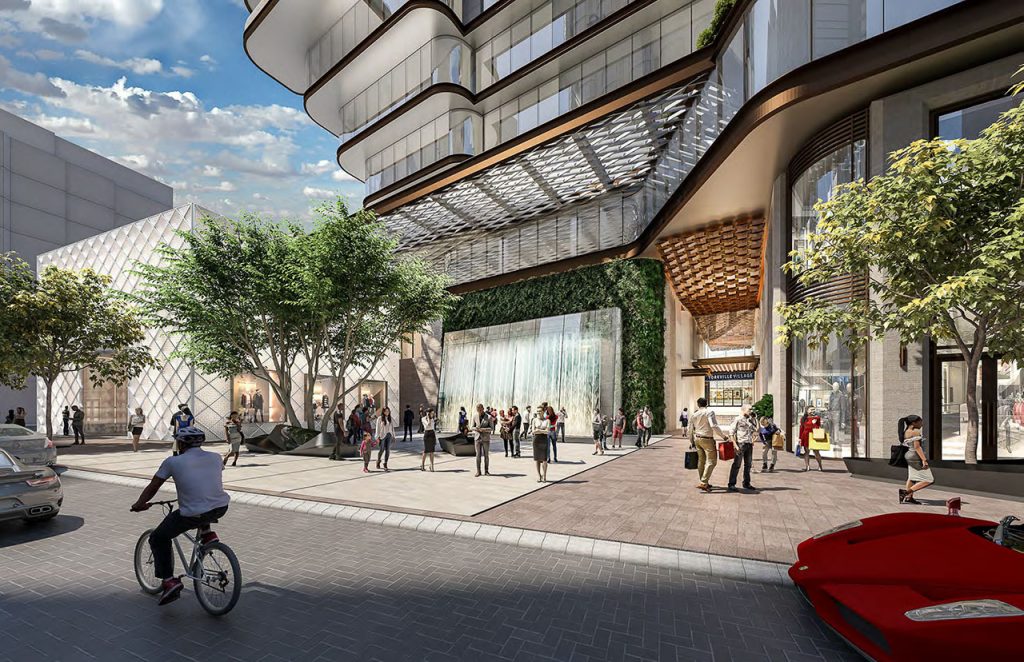 The retail component would include a prominent corner space, referred to in planning documents as the ‘jewel box.’ Set to act as a gateway to the complex, this retail unit would be separated from a new community space by a pedestrian mews that connects to York Square, where a privately-owned public space will be positioned in the middle of the site’s frontage along Yorkville Avenue. East of York Square, retail spaces would line a second pedestrian mews leading to a new entrance of the Yorkville Village Mall. 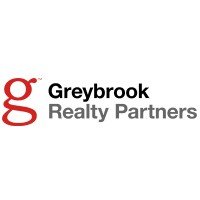