Residential Community in the Fashion District
Register Now for VIP Access to this Project!

Located at the meeting point of three 20th century neighborhood parks, BIG, Westbank and Allied propose a mixed-use development with a public plaza that will create a new center for the community while connecting the various pedestrian pathways that crisscross the area.

King Street West is set in a transitional area of Toronto. From the tall towers of the Central Business District to the East, to the low-rise neighborhoods in the Northwest, the skyline is a mark of the city’s progress.

KING Residences are separated into distinct sections and modules, homebuyers and investors will have a very broad range of floorplans and directional exposures to choose from. The complex has been designed to maximize natural light and sun exposure to the greatest possible degree, and suites will feature private terraces with excellent street and skyline views 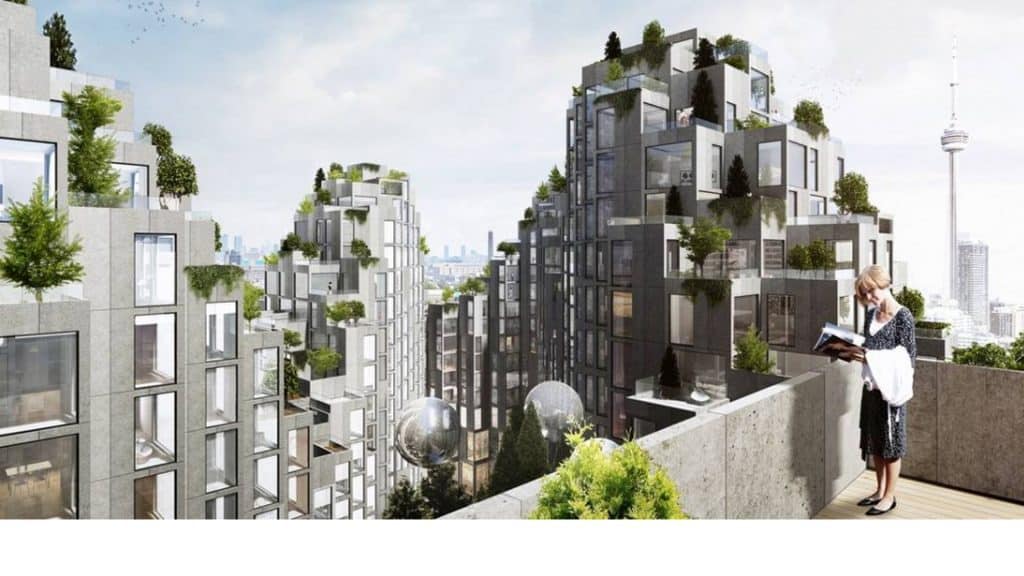 The plaza is defined by two distinct atmospheres: a lushly landscaped forest paired next to an urban, hardscaped court. The balance of these perceived opposites is a reflection of Toronto’s current state of rapid redevelopment. Surrounding the plaza, King Street West provides residences, retail, boutique office spaces and restored heritage buildings.

The building has over 400 units and rises to maximum height of 17 storeys. Each unit has an attached green terrace space and surrounds the large interior courtyard. BIG’s architectural style for this development is a complex interplay of stacked rectilinear units that creates quite an impact on the Toronto skyline.  We have seen nothing like this in Toronto yet.

One of the most talked-about features of the projects design is the beautiful public courtyard it will include. Sized at approximately 21,000 square feet (1,950 square metres), the courtyard will be divided into two separate zones. The first zone will consist of a professionally designed and landscaped mini-forest of evergreen trees, while the second zone will be an urban patio area with seating areas and direct access to the ground-level retail facilities. The designers have also included a “secret” feature, in the form of a concealed garden that will be placed at the rear of one of the heritage buildings that the property will incorporate. 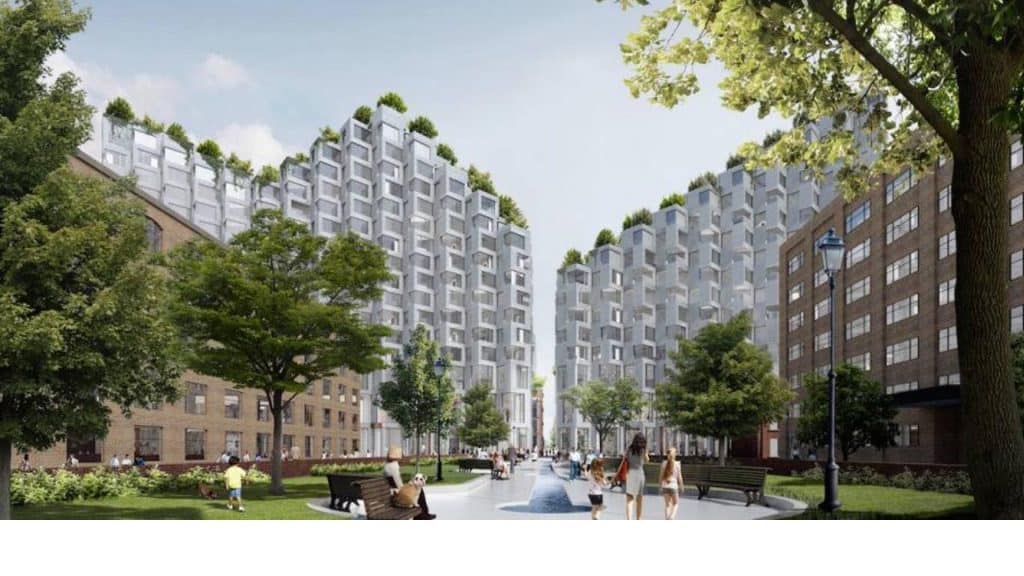 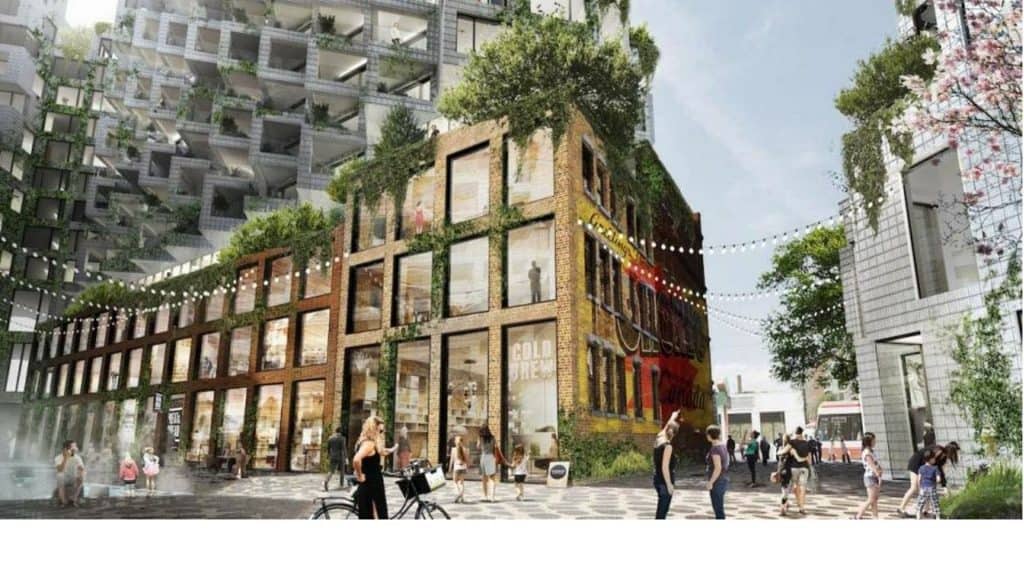 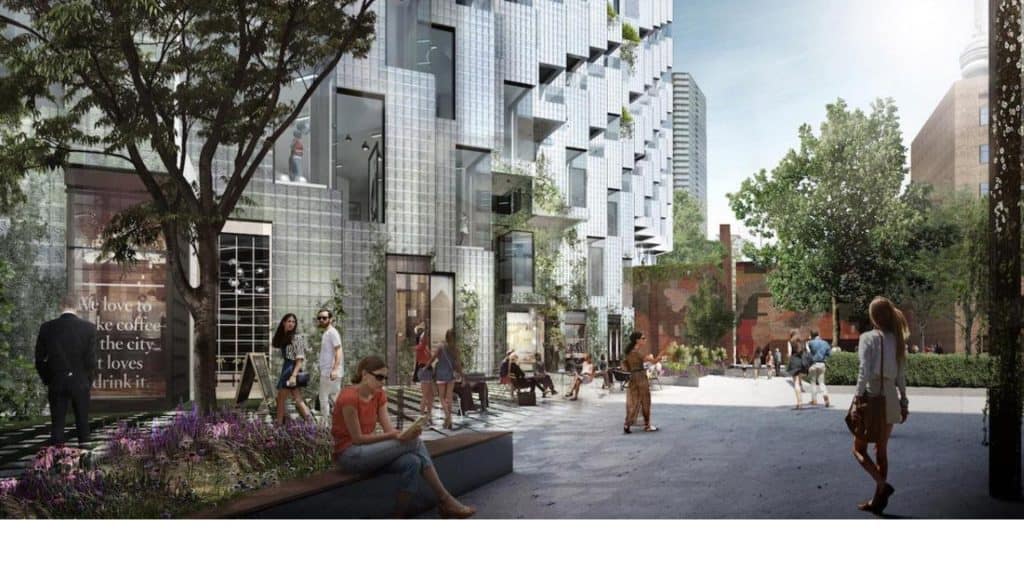 The best of Toronto is also in close proximity – with exciting venues such as the Scotiabank Centre, Rogers Centre, Roy Thompson Hall, Art Gallery of Ontario, TIFF Bell Lightbox, Ripley’s Aquarium, CN Tower, The Harbourfront Centre and much much more.

About the KING Residences Developers:

Westbank Corp is an established developer with several monumental projects to their name across the globe, including Toronto’s very own Mirvish Village. Their portfolio includes luxury condominiums, five-star hotels, retail, office and public art projects. They strive to create quality projects that feature a high-degree of artistry, helping to foster more equitable and beautiful cities. They also have the distinction of being one of the world’s largest LEED platinum developers, significantly committed to a body of energy-efficient and environmentally-conscious work.

Allied is a well-known Toronto developer and property management company that specializes in creative commercial developments, often in restored heritage buildings. Much of their work can be seen in The Fashion District.